“He (Burna) said something in there that I was like, ‘boy, that’s a lie’, but whatever.” 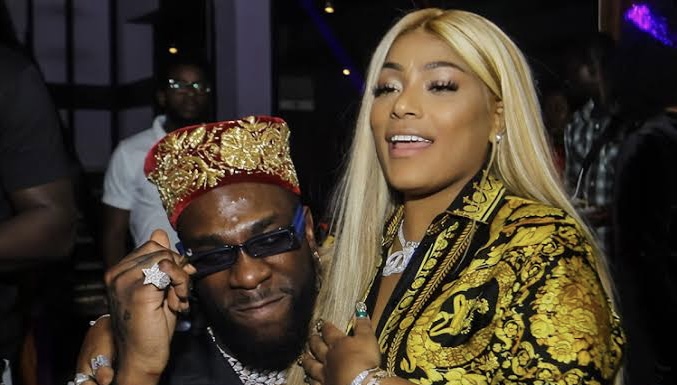 The rapper who opened up in an interview with TT Torrez on New York radio station Hot 97, when asked if she felt the song ‘Last Last’ was about her, she responded: “What do you think? Whatever you think it is, is what it is.”

She added, “When I heard the song, how did I feel? He (Burna) said something in there that I was like, ‘boy, that’s a lie’, but whatever.”

Burna Boy and Stefflon Don, after two and a half years between 2019 to late 2021, parted ways over alleged infidelity.

The African Giant was accused of cheating on Steff with a lady, Jo Pearl, who came out late 2020 to claim she dated the Afrobeats star for two years.

“Two years is such a long time for a person to be hidden,” she said in a viral video. “It has affected me in so many ways, and I can’t hold it anymore to protect people that wouldn’t protect me.”