Except for 2021, Nigerian songs have always made the playlist since Obama began publishing them in 2019. 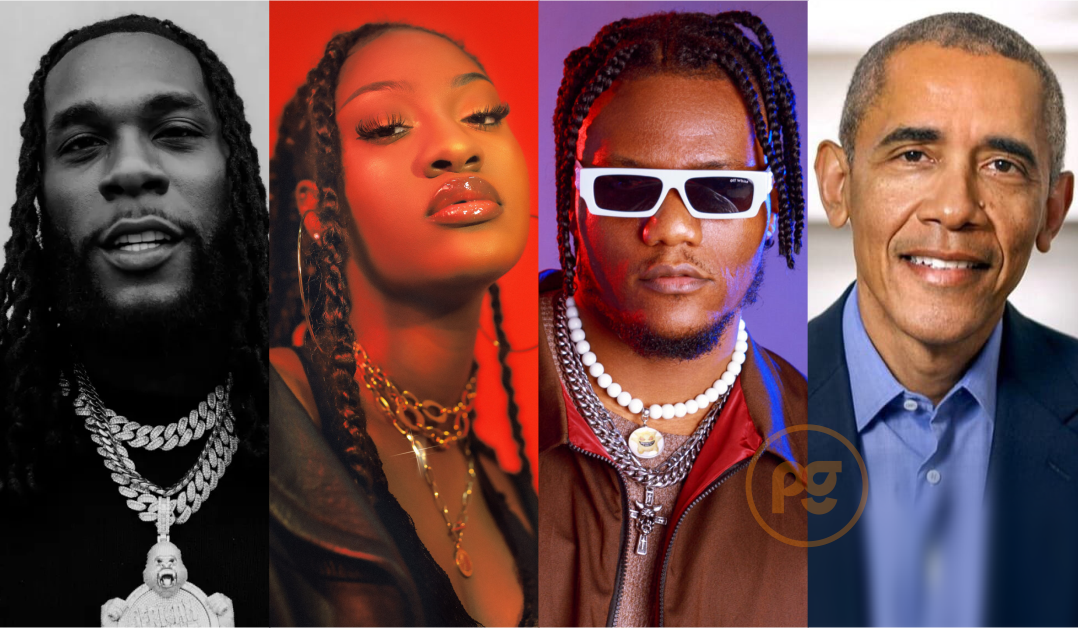 Taking to his official Twitter to upload his 44 track ‘2022 Barack Obama’s Playlist’ on July 26, Obama revealed he was currently jamming to Tems’ ‘Vibe Out’, Burna Boy’s ‘Last Last’ and Pheelz ft BNXN’s ‘Finesse’ tracks, becoming the only Nigerians to make this year’s cut.

“Every year, I get excited to share my summer playlist because I learn about so many new artists from your replies – it’s an example of how music really can bring us all together.

“Here’s what I’ve been listening to this summer. What songs would you add?” Obama wrote.

The ex-president started sharing his playlist in 2019 on Spotify, in which Rema’s “Iron man” was the only Nigerian song to make the cut.