CAC deregisters Enough Is Enough amidst government crackdown on #EndSARS

Enough Is Enough has emerged in recent years as a formidable force in the civil society. 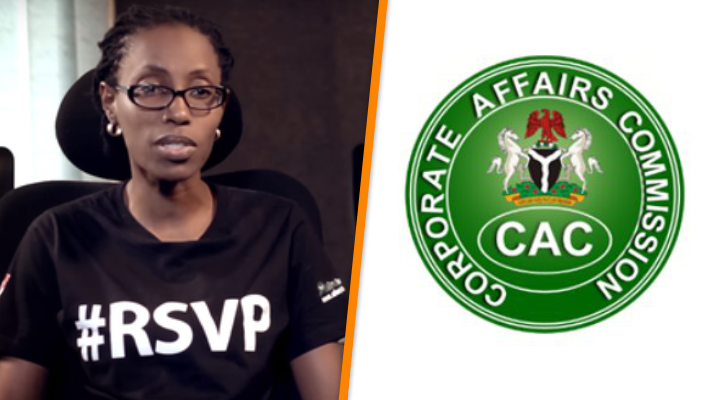 Executive Director of Enough is Enough, Yemi Adamolekun, and CAC logo used to illustrate the story

The Corporate Affairs Commission has deregistered Enough Is Enough, a prominent civic group based in Lagos, in suspected escalation of government crackdown on prominent #EndSARS champions.

The deletion was announced on Tuesday with allegations the group deviated from its declared purpose in registration document.

“Based on the provisions of Section 579 (2) of the Companies and Allied Matters Act, (CAMA), the Corporate Affairs Commission has cancelled the registration of the Business name “Enough is Enough BN 2210728” with immediate effect.

“The above section provides amongst others that the Commission has the power to cancel the registration of a Business Name where the name is deceptive or objectionable.

“The Business Name “Enough is Enough” which was registered in 2012 to engage in General Contracts, Sales of Sport Equipment/Promotion deviated from its main objectives over the cause of time.

“Consequently, the Commission has removed it from its database and advised the proprietors to surrender the certificate earlier issued to them,” the CAC said.

Enough Is Enough has emerged in recent years as a formidable force in the civil society, supporting social and economic rights of Nigerians.

The group was a major voice in the recent #EndSARS campaign, which has continued to sustain attacks from the Buhari administration.

EiE chief executive Yemi Adamolekun told Peoples Gazette the CAC announcement was an attempt to distract the organisation from its service to the Nigerian people.

Ms. Adamolekun also said the EiE was registered and has been conducting its activities as a limited guarantee, rather than the business name that CAC claimed in its statement.

She also made public the registration certificate of the organisation to further debunk the government’s claim.

The purported revocation of EiE’s registration came days after Peoples Gazette exposed how the government compiled a no-fly list of known voices of the historic #EndSARS movement.

The Gazette also exposed how the Central Bank of Nigeria blocked bank accounts of 20 #EndSARS champions via a federal court order.