The Confederation of African Football (CAF) has released the final list of players competing to win awards at the 2022 edition of the CAF Awards. 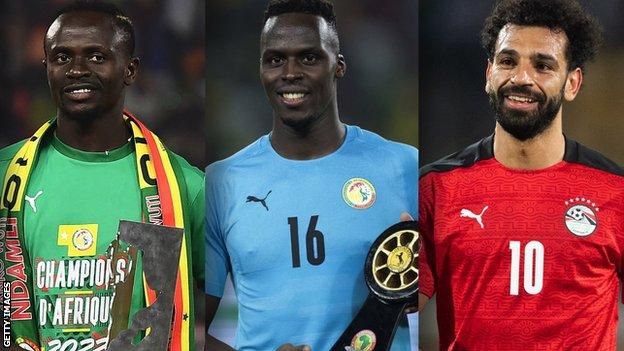 The Confederation of African Football (CAF) has released the final list of players competing to win awards at the 2022 edition of the CAF Awards.

The ceremony will be held on Thursday in Rabat, Morocco, with Senegal forward Sadio Mane up against Mohammed Salah from Egypt and Edouard Mendy from Senegal.

In the women’s category, Nigeria’s Asisat Oshoala will be hoping to win the award for the fifth time but will face stiff competition from Cameroon’s Ajara Nchout Njoya and Grace Chanda from Zambia.

“With less than 48 hours to the highly-anticipated Caf Awards 2022, Caf has revealed the top three for all the women and men categories ahead of the much-awaited Awards Gala on Thursday, July 21 2022, in Rabat, Morocco,” a CAF statement.

“The top three list is from the list of nominees previously revealed by Caf in both men and women categories,” said CAF.

It added that in the men’s category, former winners “Mohamed Salah and Sadio Mane of Egypt and Senegal will have to battle it out with Senegal shot stopper Edouard Mendy, also a newcomer in the three-men list.”