The group was reacting to an allegation of misappropriation of salary account levelled against the Kogi State Government by the EFCC. 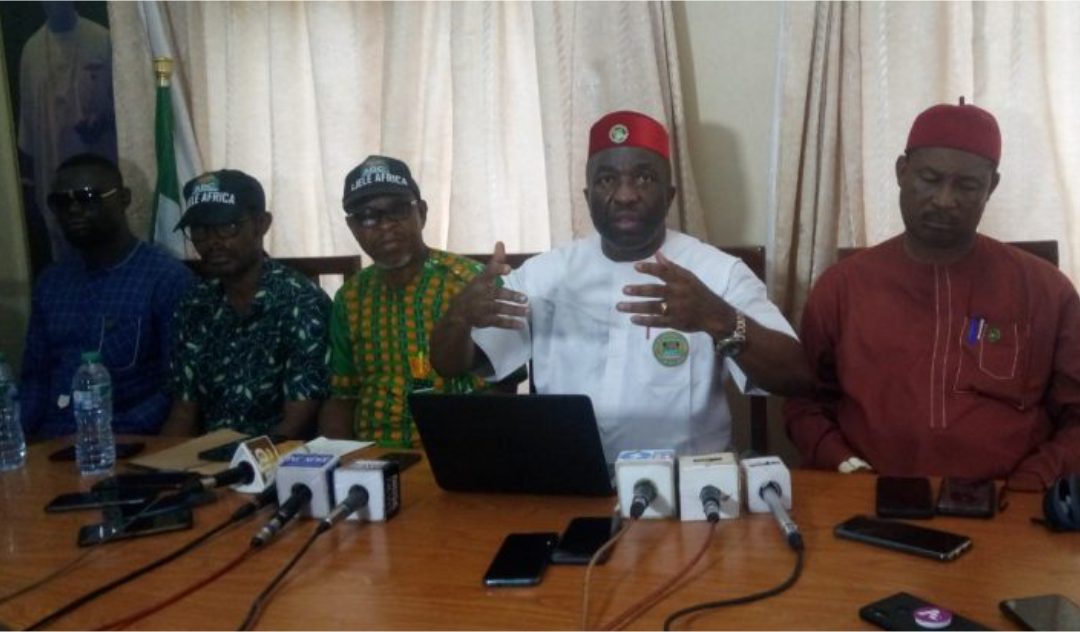 The Allied Political Parties for Good Governance has appealed to President Muhammadu Buhari to call the leadership of the Economic and Financial Crimes Commission (EFCC) to order.

Raph Nwosu, the national chairman of African Democratic Congress (ADC), made the call on behalf of the parties, at a news conference on the state of the nation on Wednesday in Awka.

Mr Nwosu said that the anti-graft agency should be impartial, independent and apolitical in its fight against corruption.

According to him, the commission should resist being used as a political tool so as not to further erode its credibility and diminish the gains of the nation’s democracy.

The group was reacting to an allegation of misappropriation of salary account levelled against the Kogi State Government by the EFCC.

“Last week, the biggest topic in the news was the face-off between the Government of Kogi State and the EFCC.

“With the evidence and piles of documents presented by the Kogi State Government and the bank in this instance, it shows that the EFCC is chasing an agenda.

“Corruption investigation must be ethical.

“I urge the EFCC to focus on its job, stay away from politics and politicians, intensify efforts at ridding the country of corruption and work for the good of everybody.

“The commission should carry out  investigations without any prejudice on one side or the other, follow the evidence and take action where it is justified,” Mr Nwosu said.

A Lagos Division of the Federal High Court had on August 31, ordered the freezing of the Kogi State Government’s salary bailout account domiciled in a commercial bank over an alleged N20 billion loan obtained from it.

The account was frozen by the court following an ex parte application brought by the EFCC, pending the conclusion of the investigation or possible prosecution.