The scholar said that the sub-region must change its approach to addressing religious tolerance by teaching children the virtue of tolerance. 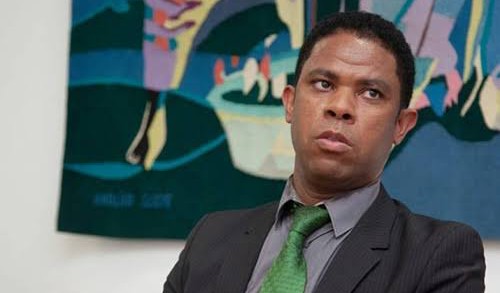 Jairzinho Pereira, a Cape Verdian scholar, has urged ECOWAS citizens to inculcate the virtue of religious tolerance in their children from an early age.

“The key is through education. As parliamentarians, permit me to say, it is your responsibility to promote and support all efforts targeted at teaching children in school the virtue of tolerance,” Mr Pereira said.

Mr Pereira spoke at the ongoing delocalised meeting of ECOWAS Parliament’s joint Committee of Education, Science and Culture/ Committee on Health/Committee on Telecommunications and Information Technology in Praia, Cape Verde.

He said the sub-region must change its approach to addressing religious tolerance by teaching the virtue of tolerance to children.

This, he argued, would help mould the way they grow to accept and tolerate others from different faiths.

“Please be bold and make history. Never in support of politics if tolerance has to change a country from top to bottom.

“And, I believe that education is key, and it is only through inclusive education that Africa dreams of ridding itself of the spectre of religious violence which has been raging for some time now.

“No one has the right to impose religious beliefs on others in their aeronautical dispute,” Mr Pereira said.

According to him, being tolerant is the willingness to admit that others have the same right to choose and to make choices.

“Honourable parliamentarians, I beg of you to promote just that. Back to an educational system in which children will be taught to preserve their own beliefs and identities,” Mr Pereira added.

He pointed out that if the western world, where one could find some of the most atrocious acts of intolerance, could overcome its own religious bias, it is also possible for the sub-region with deliberate efforts.

“If we look to the history of the West, we see centuries of senseless slaughters, sometimes ignited by religious differences, just like now we see in Africa.

“The West has overcome those barriers. We can also do the same. Let’s not postpone peace and prosperity in Africa.

“We deserve better. Let us be tolerant. It is our duty to be tolerant. Let’s hoist the flag of religious tolerance.” Mr Pereira said.

The meeting, which began on September 13 and will end on September 18, is with the theme, “Religious tolerance and harmony: Essential factors for development, peace and stability in the ECOWAS region.”