No fewer than 13 people died in eight crashes recorded on Lagos-Ore, Ore-Okitipupa and Ore-Ondo expressways in the last three weeks. 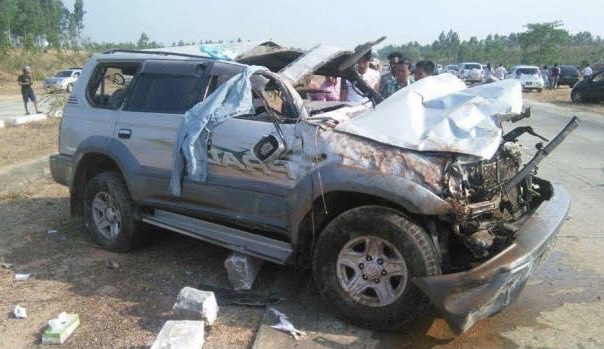 The Federal Road Safety Corps (FRSC) in Ore, Ondo, has urged motorists to be patient and avoid speeding on the expressway as 12 people were involved in a ghastly road crash.

Sikiru Alonge, the unit commander, stated this while confirming the crash in which 12 people escaped death.

He said six of the 12 victims were wounded in Lasia town, Odigbo local government area of the state.

“12 people, including six males, five females and a child, escaped death in a ghastly motor accident today; only six of them sustained injuries,” he said.

“That corridor of the road is narrow, and that is why motorists must always exercise patience and avoid speeding, which are the major causes of accidents, especially during the rainy season,” Mr Alonge explained.

He also warned motorists to comply with traffic rules to stay alive.

Mr Alonge said the injured victims in the accident had been taken to Opeyemi Hospital, Ore, while the police cleared the carcass of the vehicles from the crash scene.

No fewer than 13 people died in eight crashes recorded on Lagos-Ore, Ore-Okitipupa and Ore-Ondo expressways in the last three weeks.