No fewer than seven persons were feared injured when an uncompleted four-storey hotel building collapsed on Thursday in Ibadan. 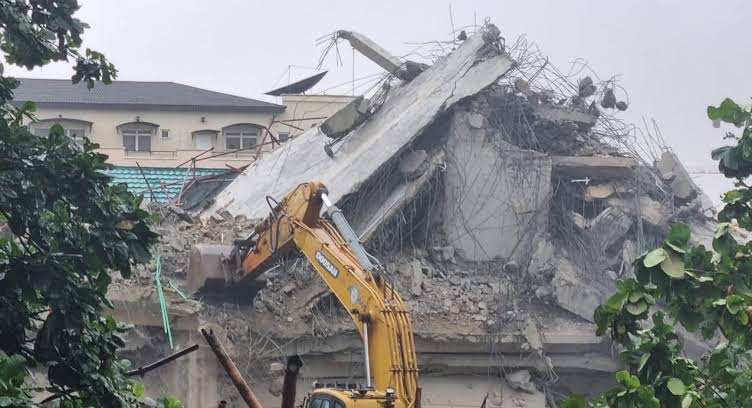 No fewer than seven persons were feared injured when an uncompleted four-storey hotel building collapsed on Thursday in Ibadan.

The collapsed hotel building is adjacent to one of the new generation banks at Awosika, Bodija area of Ibadan.

An witness who spoke with NAN disclosed that the incident happened around 5:45 a.m. when Muslim faithful were returning from early morning prayers.

The witness said that rescue teams including people in the neighbourhood and passers-by have been able to rescue seven people who are currently receiving medical attention at the University College Hospital, Ibadan.

A combined team of the state Fire Service, Federal Road Safety Corps and other security agencies are currently on ground working hard to remove the debris in search of other survivors.

Mr Osifeso added that the site had since been cordoned off with adequate deployment of police personnel in the interest of public health and safety.

As of the time of filing this report, it was not clear whether the incident has claimed any life aside those that were critically injured.