On Buhari’s call for deployment of American troops in Nigeria

If you examine antecedents, you’ll have no choice but to become a lot less enthusiastic about America’s ability to improve a bad situation. 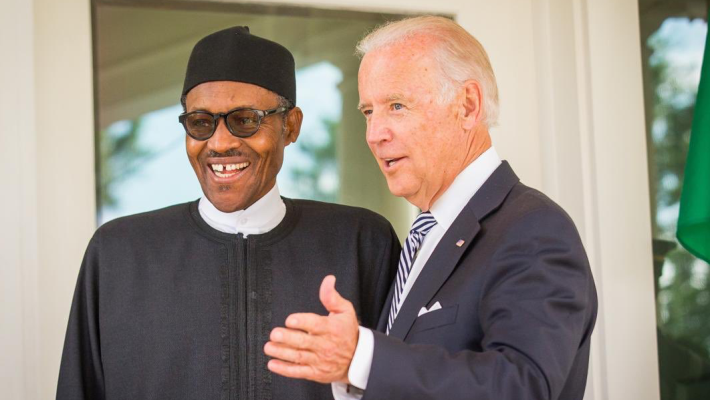 Yesterday, and completely out of the blues, President Buhari requested that the United States establish an Africom base in Nigeria. It was a stunning reversal from President Yar’Adua’s position 12 years ago. The headline from People’s Gazette was, in my opinion, the most realistic: “Bring American soldiers to help tackle Nigeria’s insecurity, Buhari begs U.S.”

Yes, that is what the President’s request amounted to. Pleading with people we have snubbed in the past, or in other words, an admission that we have lost the Boko Haram war.

There are three points that I have to bring out: First has already been said. We have lost the war against Boko Haram, and this is an admission by other means. What is most annoying to me is the lack of discussion about it and the fact that we keep burying our heads in the sand with regards the insurgents. Having so many schools closed in Northern Nigeria has always been one of Boko Haram’s strategic objectives, and now they have it. Again, we’ve lost.

Second is this: having a major US base in Nigeria, and that is assuming that the Americans accede to our plea, will make our country a magnet for every Jihadist group from Tripoli to Timbuktu. There’s nothing that jihadists love better than to bloody the nose of the Great Satan, and a base in a country that does not even know where its borders start and stop is too attractive a prospect.

Finally, my reading of this is that Buhari and his cabal have figured out that Nigeria’s military apparatus has lost the monopoly of violence within the geographical expression and can thus no longer maintain their hold on power. They are thus essentially calling on the U.S. Military to help them do the job.

I suspect that if the Americans take the offer, they’ll expect that the base will be set up in Abuja. Heck, I won’t be surprised if they ask the Guards Brigade to vacate Wu Bassey Barracks “to make our guests comfortable.” But they miss the point. Uncle Sam does not give free lunch, and Uncle Sam does not let client states dictate where and how Uncle Sam puts his boys, there is the economics of the whole thing. An American base will not necessarily improve our economy as some have speculated.

Africom is no more than 2,000 soldiers in all, hardly a size worth sending over the families of the servicemen along with them. We will not get Stuttgart or Lakenheath, we are likelier to get Kandahar.

There are some of Nigeria’s internal security problems that Buhari is interested in solving (Boko Haram is 200km away from his bed), and others he has no interest in hearing about (the killings in Benue), and still others that he simply wants to crush (IPOB). This invitation is simply an excuse to enlist US support to deal with his pet problems, but does it align with US interests?

At the moment, I think the Americans have just two in Nigeria: Islamist violence in the Sahel (which touches us), and piracy in the Gulf of Guinea, which has a limited effect on global shipping. Are those enough for them to come and risk the lives of their boys?

Having said all this, the key question is what exactly can the U.S. military do? If you critically examine Somalia for example, which is even closer to key U.S. assets in the Gulf, or Afghanistan, you’ll have no choice but to become a lot less enthusiastic about America’s ability to improve a bad situation.

Cheta Nwanze is a partner at SBM Intelligence.