The Indian defence ministry said Chinese negotiators rejected its call for restoring peace in the area of the de facto border. 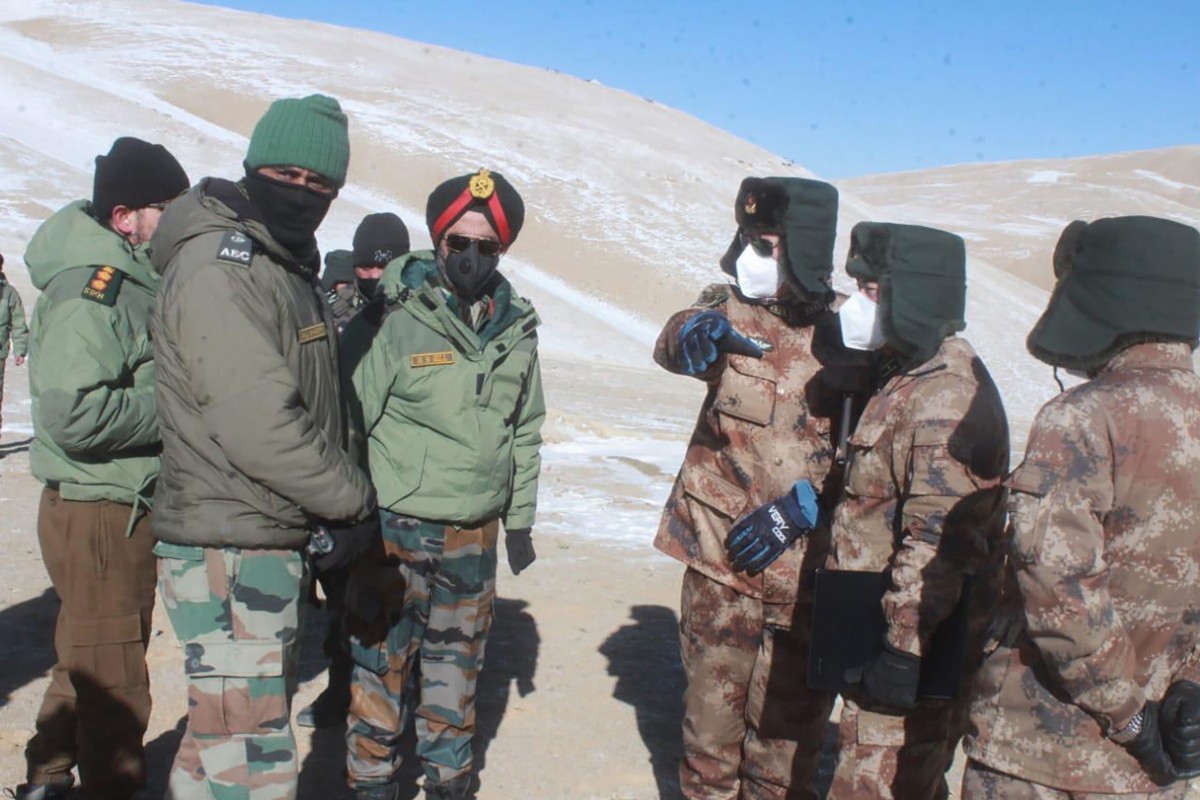 Indian army footage of troops from both sides at Pangong Tso earlier this month following the agreement to pull their forces back. Photo: AP

China and India on Wednesday started the 14th round of corps commander-level negotiations to resolve the 20-month border conflict in the Ladakh region.

Regional media reported that the previous round of talks took place in October 2021 and did not bring any results.

The Indian defence ministry said Chinese negotiators rejected its call for restoring peace in the area of the de facto border, referred to as the Line of Actual Control (LAC).

Asian News International reported that the 14th negotiation took place at the Chushul-Moldo meeting point on the LAC’s Chinese side.

Shortly before the negotiation, Chinese Foreign Ministry spokesman Wang Wenbin said that the situation at the border was generally stable, and the parties were maintaining dialogue through diplomatic and military channels.

The lack of a marked border between India and China has long been a source of tensions between the countries. Tensions escalated in May 2020 as clashes between border forces led to multiple fatalities.

To settle the conflict, the two nations launched disengagement consultations in June 2020, with the first phase of disengagement on the northern and southern banks of Pangong Lake completed last February.

The situation once again escalated in September 2021, prompting both countries to resume troop deployment near the LAC. Since then, China has repeatedly accused India of provocations, which it dismissed as groundless.