Dai Bing, China’s deputy permanent representative to the United Nations, has called on the Security Council to adjust the sanctions imposed on Darfur. 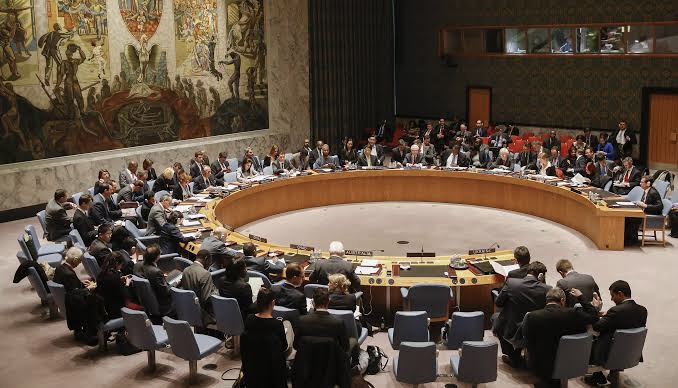 Dai Bing, China’s deputy permanent representative to the United Nations, has called on the Security Council to adjust the sanctions imposed on Darfur.

Speaking at the Security Council’s review of the situation in Sudan on Tuesday, Mr Dai said the sanctions imposed on Darfur had severely restricted the Sudanese government’s ability to maintain stability and protect civilians there.

He said the sanctions should be adjusted according to changes in the situation until lifted.

According to him, China regrets that the Security Council failed to set a benchmark for adjusting the sanctions on Sudan before August 31 as required by the resolution and urges the writing country to fulfil its responsibilities earnestly.

China also urged the writing country to resume consultations as soon as possible, make maximum efforts to achieve consensus, and emphasised that the relevant benchmarks should be clear and feasible.

The country added that the benchmarks should not go beyond the Darfur issue and existing sanctions, let alone become a political tool to delay the lifting of sanctions against Sudan.

Mr Dai also mentioned that at present, Sudan’s economy and people’s livelihoods “continue to deteriorate, droughts and floods are hitting in turn, food security and displacement need to be solved urgently, and the humanitarian situation is facing severe challenges.”

“When the Sudanese people need help the most, suspending economic aid and debt relief for political purposes will aggravate Sudan’s economic and humanitarian pressure and will not help Sudan get out of the current predicament,” he said. “China calls on relevant countries and international organisations to adopt responsible policies, resume international aid to Sudan as soon as possible, and help Sudan relieve its economic and humanitarian difficulties.”

The envoy said Sudan was at a critical stage of political transition.

According to him, the international community should adhere to the principle of “Sudan-led and Sudanese-owned,” maintain necessary patience for internal consultations and dialogues in Sudan, as well as support and encourage the political efforts of all parties in Sudan.