Five Chinese nationals were kidnapped during an attack on a gold mine at a village in South Kivu province, the Democratic Republic of Congo. 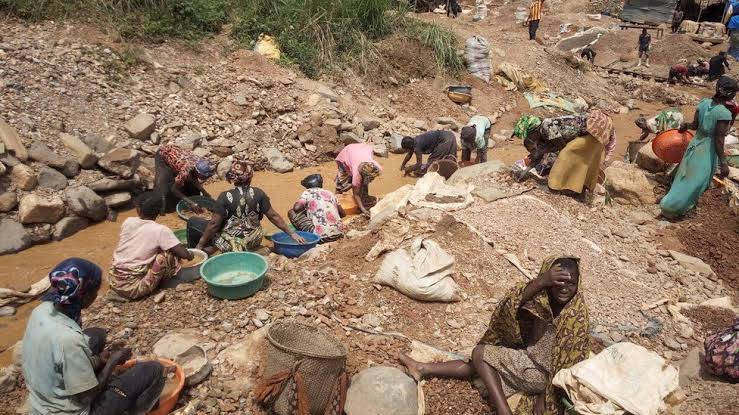 A DR Congo mine used to illustrate the story [Photo credit: BBC]

Five Chinese nationals were kidnapped during an attack on a gold mine at a village in South Kivu province, the Democratic Republic of Congo, the Voice of America reports.

Dieudonne Kasereka, the region’s army spokesperson said the camp with 14 Chinese nationals was attacked at 2:00 a.m. by armed bandits in the village of Mukera in Fizi territory.

He disclosed that the military was able to rescue nine of the Chinese nationals with five others taken to an unknown destination.

“at around 2:00 a.m., the camp of the Chinese group was attacked by armed bandits” in the village of Mukera in Fizi territory of South Kivu province,” Mr Kaserka said.

“There were 14 in total, five were taken away by the attackers to an unknown destination,” he said, adding that the other nine were safely evacuated,” he added.

On his part, the head of armed forces in Fizzi territory, Colonel David Epanga disclosed that a police officer was killed and another was wounded during the attack.

Elsewhere, the Congolese Institute for the Conservation of Nature (ICCN) said that rebels associated with the M23 movement killed a guard in Virunga National Park on Saturday night.

The M23 one of the armed groups known for roaming the eastern part of DR Congo was accused by the institute to have carried out the attack.

ICCN said hundred heavily armed individuals attacked a community near the village of Bukima, in the Mikeno area.