“It is unbelievable. We were dead until the goal we scored,” Modric said. “In this competition, experience helps.” 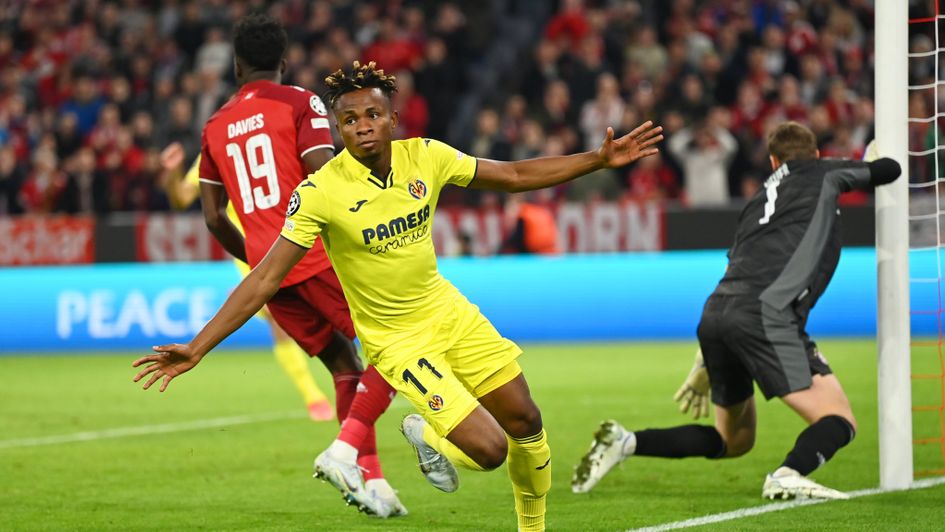 Super Eagles forward Samuel Chukwueze made the difference for Villarreal as he scored two minutes from time on Tuesday to dump Bayern Munich out of the Champions League.

His effort helped to send the Bundesliga giants crashing out of the 2021/2022 UEFA Champions League quarter-finals for a place in the last four for the second time in their history.

Chukwueze finished off a slick counter-attack to rescue a 1-1 second-leg draw for Villarreal in Munich a week after their 1-0 win at home.

Robert Lewandowski had levelled the tie on aggregate early in the second half, but Bayern Munich could not find a winner and were hit by a sucker punch.

“We lost the duel there. Today, we have done very well. It was one of the best games of the past months,” said Nagelsmann.

Villareal are now in the semi-finals of the Champions League, having won the Europa League last season.

They will meet the winners of the Liverpool versus Benfica fixture of Wednesday, with the Reds defending a 3-1 lead at Anfield.

Titleholders Chelsea, meanwhile, lost the title despite coming agonisingly close to achieving a miracle in Madrid as they led Real Madrid 3-0 at one point.

They needed to overturn their 3-1 home defeat, but Rodrygo took the game to extra-time.

Karim Benzema, who struck a hat-trick in London, grabbed scored in the fifth minute of added time for a 5-4 aggregate triumph despite a 3-2 loss on the night.

The record champions could play city rivals Atletico Madrid in the other semi-final if Diego Simeone’s men can salvage a 1-0 deficit against Manchester City.

Bayern Munich laboured through the first half with only Jamal Musiala’s header, straight at Geronimo Rulli, threatening a breakthrough. They upped their performance after the restart, and Thomas Müller won possession to set up Lewandowski to finish well from the edge of the penalty box in the 52nd minute.

“If you take just this game into account, without the first game, we should have gone through convincingly,” Müller said. “It’s difficult to accept this. I don’t know what to say.”

“Ever since the draw paired us with Bayern Munich, we have been telling ourselves that we could do it,” said Moreno. “The belief and the way this team competes have helped us to achieve it.”

Chelsea came close to one of the all-time great Champions League comebacks in the Santiago Bernabéu. Mason Mount (15th minute) and Antonio Rüdiger (51st minute), with a towering header, levelled the tie in the absence of the away goals rule.

“Not many teams can come here and dominate them like we did,” Rüdiger said. “But then their individual class came to light, and now we are here.”

Marco Alonso’s goal was ruled out before Timo Werner skipped past two defenders on the left and found the net with a deflection in the 75th minute.

Real Madrid hit back immediately with a stunning outside of the foot pass from Luka Modric, finding substitute Rodrygo, who volleyed home with almost his first touch.

And when Vinicius crossed for Benzema to bullet home a header, Real Madrid somehow did enough to progress when they held out against a last few frantic attacks.

“It is unbelievable. We were dead until the goal we scored,” Modric said. “In this competition, experience helps, but for me, Chelsea are the most difficult to play against. But we showed great character and desire. It is a defeat that feels very sweet.”