CLO has called for an immediate probe into the explosion that rocked the chemical section of the Ogbo Ogwu section of Bridge Head Market, Onitsha, Anambra. 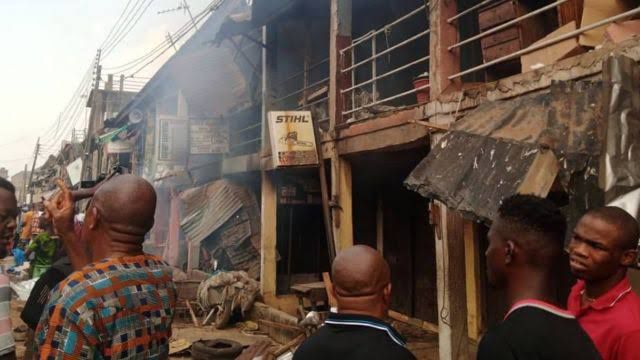 Civil Liberties Organisation (CLO) has called for an immediate probe into the explosion that rocked the chemical section of the Ogbo Ogwu section of Bridge Head Market, Onitsha, Anambra, on Tuesday.

Four persons were feared killed in the explosion, while 20 others were injured.

CLO chairman Vincent Ezekwueme, and secretary Chidi Mbah, made the call in a statement on Thursday.

“The organisation appeals to Governor Charles Soludo and the commissioner of police in Anambra, Mr Echeng Echeng, to order an in-depth investigation to unravel circumstances surrounding the incident. This will help to forestall future occurrence,” stated the rights group.

It added, “The organisation also appeals to NEMA, the State Emergency Management Agency, the political class, public-spirited individuals and other stakeholders to contribute toward ameliorating the predicament of the victims.”

The CLO commended the quick intervention of Deputy Governor Onyeka Ibezim, the state’s fire service and security personnel, for beefing up security and restoring normalcy to the area.