The state government said those found culpable of criminal and unlawful acts will be sent to juvenile homes to undergo character reformation. 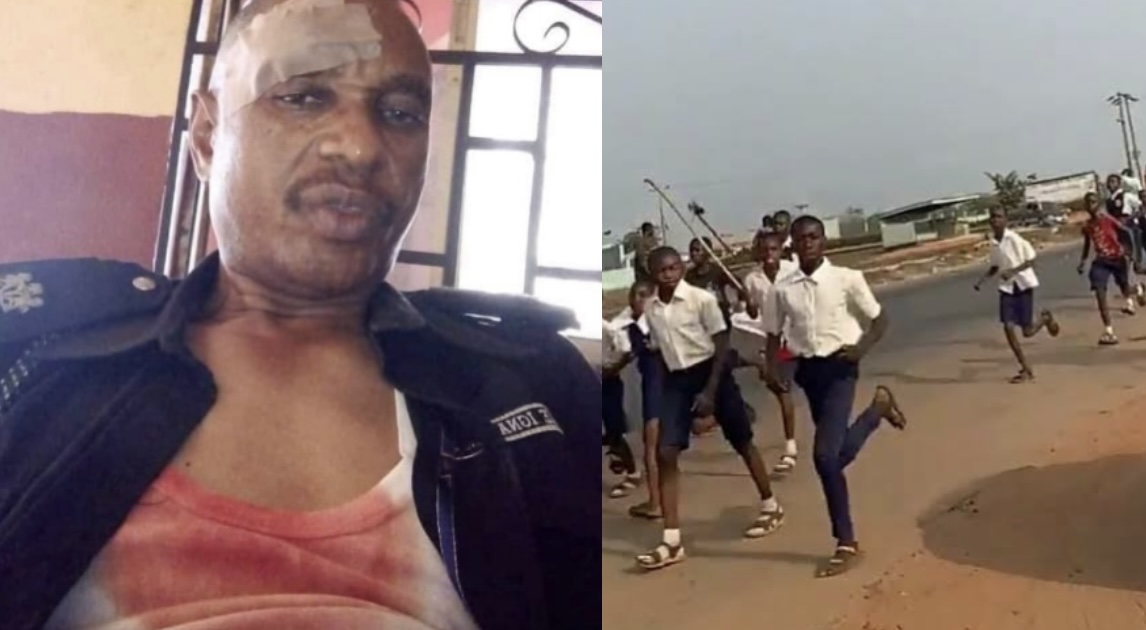 On Wednesday, secondary school students in Abeokuta assaulted a Divisional Police Officer and his men who attempted to quell their brigandage.

This act has now attracted threat of remand from the Ogun State Government who said those found culpable of criminal and unlawful acts will be sent to juvenile homes to undergo character reformation.

The Commissioner for Education, Science and Technology, Professor Abayomi Arigbabu, stated this in Abeokuta when he visited the Commissioner of Police in the state, Lanre Bankole.

Mr Arigbabu visited Mr Bankole to tender an apology on behalf of Ogun State government to the police over the unruly behaviour of some students of Egba High School and Asero High School in Abeokuta.

The students had earlier assaulted the Divisional Police Officer (DPO) of Obantoko, also in Abeokuta.

The commissioner described the assault as appalling and unacceptable.

He warned students in the state to desist from criminal acts, saying the government would no longer spare students on account of their ages, but make them to face the full wrath of the law.

“We are here to sympathise and plead with you for what has been done to one of your officers by some unruly students.

“I want to stress it here that as a state, we will not condone such acts of indiscipline.

“We are working together with the police to make sure that anyone caught will be sent to juvenile homes for reformation.

“We want to rid our schools of such criminal behaviours and we will not relent until we achieve this,’’ the commissioner said.

He commended the collaborative efforts of the police to arrest unruly behaviours in schools.

Mr Arigbabu assured that the government would address all forms of indiscipline through surveillance and interaction with students by the police and government officials on good conduct.

Responding, Mr Bankole noted that the incident was of mutual concern to the ministry and the police and said the latter had always been proactive in schools and in the state at large.