Compatriot Obiageri Ameachi clinched the bronze medal after throwing 56.99m in the same event while Jade Lilly of England emerged second with her 58.42m throw. 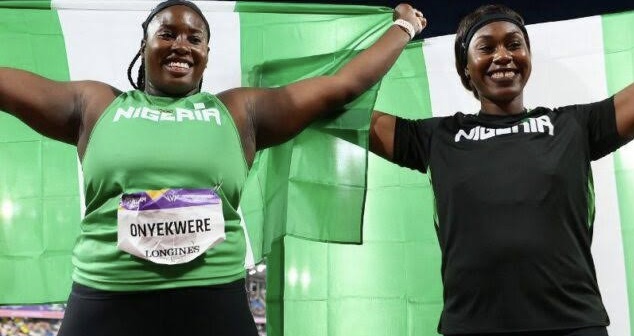 Chioma Onyekwere has won a gold medal for Nigeria in Women’s discus, throwing a season’s best of 61.70m at the Commonwealth Games in Birmingham.

Compatriot Obiageri Ameachi clinched the bronze medal after throwing 56.99m in the same event while Jade Lilly of England emerged second with her 58.42m throw.

These brought Nigeria’s medal haul at Birmingham 2022 to eight. Athletics events at the event continue on Wednesday.