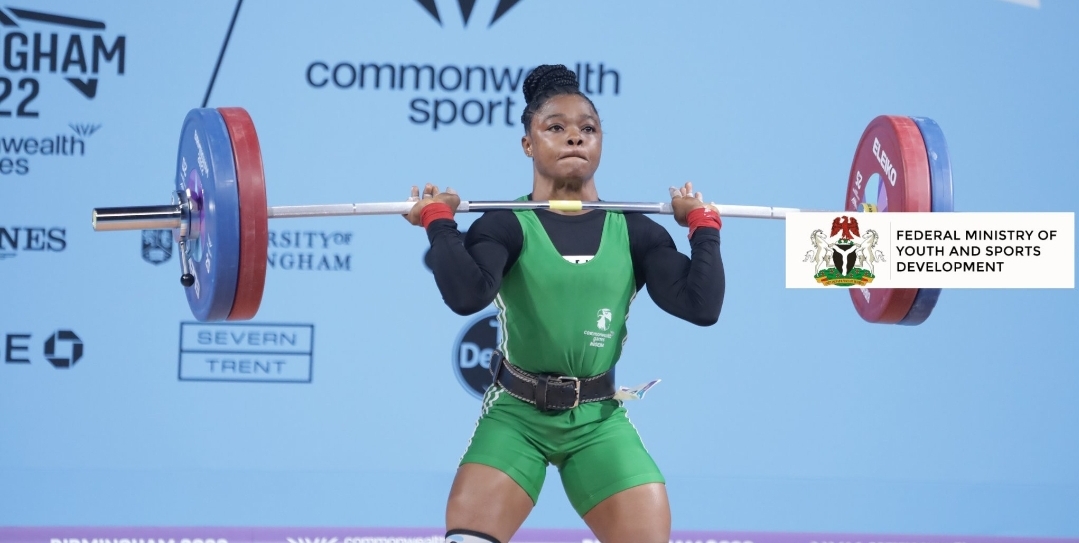 Lawal in the process set three Commonwealth Games records in the women’s 59kg final, lifting 90kg in snatch, 116kg in clean and jerk, and 206kg in total.

Jessica Brown of England emerged second in the event with 197kg in total to win the silver medal, while Canada’s Tali Darsigny won the bronze medal with a 196kg lift.

Team Nigeria have now won two gold and one bronze medals and are currently placed ninth on the medals table.