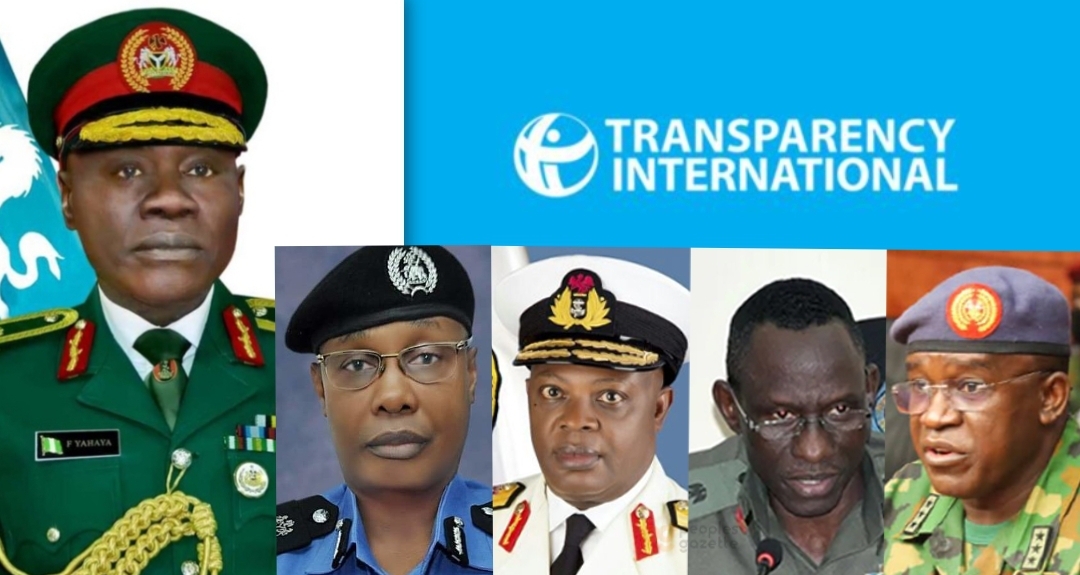 In a government defence integrity index, Nigeria is listed among two-thirds of all the countries facing high-to-critical corruption risks in their defence and security sectors.

This is contained in the 2020 Government Defence Integrity Index (GDI) released by Transparency International on Tuesday.

“Nigeria faces considerable corruption risk across its defence institutions, with extremely limited controls in operations and procurement. Oversight mechanisms are in place, but often lack coordination, expertise, resources, and adequate information to fully perform their role,” the report said. “However, Nigeria is improving on budget and financial transparency, particularly with regard to defence expenditures.”

Nigeria falls under the “Very High” risk category. Under the five subcategories considered in the index, Nigeria scored 27 points under the financial category, 10 points out of operational, 35 personnel points, 28 political points and eight procurement points.

These findings came as global military spending increased to about $2 trillion annually, fuelling the scale and opportunity for corruption.

The anti-corruption body’s report remarked that countries with poor scores have weak or non-existent safeguards against defence sector corruption, making such systems likely to experience conflict, instability and human rights abuses. This is because arms deals are not open to scrutiny by the legislature or civil society organisations.

This lack of transparency, in turn, enables bribery, public money being diverted or increased violence as criminals purchase weapons.

Last October, The Economist described the Nigerian Army as a useless organisation filled with corrupt generals and unable to protect the country from mutating violence.

“Nigeria’s army is mighty on paper,” the London magazine said. “But many of its soldiers are “ghosts” who exist only on the payroll, and much of its equipment is stolen and sold to insurgents.”

The Economist said Nigeria has not been able to address its insecurity because military chiefs have plundered much of the country’s combat resources, and the rest had stretched thin with little capacity to forestall the crisis.

“The army is also stretched thin, having been deployed to all of Nigeria’s state,” the paper said.

The paper also said Nigeria police has become demoralised due to poor training and endemic corruption.

“The police are understaffed, demoralised and poorly trained. Many supplement their low pay by robbing the public they have sworn to protect,” it said.

A spokesman for the Nigerian Army did not immediately return requests seeking comments. Nigerian military chiefs have for years faced allegations of corruption and collusion with violent criminals as a way of keeping themselves enriched.

A large cache of military weapons had ended in the hands of insurgents since 2016. In July 2019, Nigerian soldiers fled with hundreds of millions of Nigeria they were asked to transport to Abuja by an army general.

The money loot was immediately traced to Hakeem Otiki, a major-general who was subsequently dismissed from service after a military trial. Anti-corruption activists said the Nigerian Army took action because the soldiers fled with the loot, and the scandal became public.