The EFCC says the application was part of the requirements by the office of the Attorney General of the Federation for her extradition. 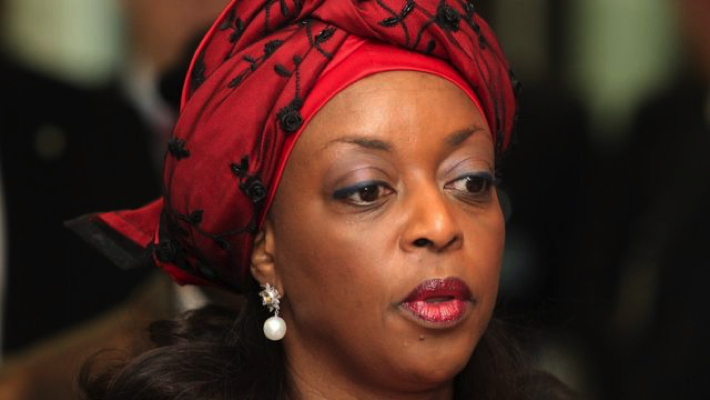 A warrant of arrest has been issued against former Minister of Petroleum Resources, Diezani Alison-Madueke, believed to be residing in the United Kingdom.

Justice Bolaji Olajuwon of a Federal High Court, Abuja, granted the request, after counsel to the Economic and Financial Crimes Commission (EFCC), Farouk Abdullah, made an oral application on Monday.

Mr Abdullah who made an oral application for an arrest warrant said the application was part of the requirements by the office of the Attorney General of the Federation for the extradition.

He said that the arrest warrant was needed to further give the International Police (INTERPOL) the impetus to bring the defendant to Nigeria to answer to charges against her.

The judge then granted the application and adjourned the matter sine die pending when the defendant is arrested and produced in court.

The court had fixed November 3, 2021, for the EFCC to give a report on its effort at extraditing Mrs Alison-Madueke to the country to stand her trial, and for possible mention of the case.

But on the adjourned date, the case was stalled as neither Mr Abdullah nor Mrs Alison-Madueke was in sight.

Justice Olajuwon then fixed Monday, January 24, for the matter and adjourned for a report or for possible mention of the matter.

Although Justice Ijeoma Ojukwu was initially the presiding judge, the case was reassigned to Justice Olajuwon, following the transfer of the judge to the Calabar division of the court.

Mrs Ojukwu had, on October 28, 2020, rejected the EFCC’s prayer to issue a warrant of arrest against Ms Alison-Madueke, citing the agency’s failure to enforce the earlier criminal summons, which the court issued on the former minister on July 24, 2020, saying court orders are not made in vain.

The commission had, in requesting for the criminal summons in July 2020, claimed that it was required to facilitate the ex-minister’s extradition to Nigeria.

Faced with the failure of the ex-minister to honour the summons, the EFCC, through its lawyer, Mr Abdullah, urged Mrs Ojukwu to issue a warrant of arrest against her, saying that the extradition process failed as a result of the absence of the warrant of arrest.

The judge, who turned down the request, directed the lawyer to file an affidavit to that effect and supported by evidence from the AGF’s office and adjourned for a report and possible arraignment of the defendant.

The court had on July 24,  2020, ordered the former minister to appear before it and answer to the money laundering charge filed against her by the EFCC. The court gave the ruling in an ex-parte motion marked FHC/ABJ/CR/208/2018 and brought by Mr Abdullah.

The EFCC had accused the former minister of fleeing the country for the UK in order to escape justice, among others.