“Maximum punishment will be applied on you if caught again. The weed exhibit found in possession of the convict shall be destroyed by the NDLEA,” Mr Agomoh held. 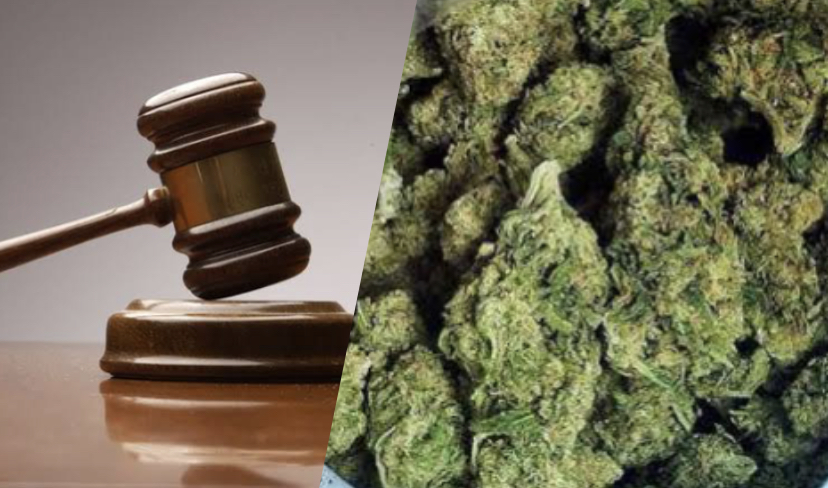 A composite of Gavel and Weed

The Ibadan Division of the Federal High Court on Thursday sentenced a 39-year-old landlord, Ahmed Kehinde, to two years’ imprisonment for allowing his residence to be used in storing 77.6 kg of hemp.

Delivering judgment, Justice Uche Agomoh, held that she convicted and sentenced Kehinde based on the evidence tendered before her by the National Drug Law Enforcement Agency (NDLEA).

“This judgment takes into cognisance, the plea of the defence counsel for the court to temper justice with mercy in respect of his client.

“More so that the convict is a first time offender and did not waste the time and resources of the court.

“However, I want the convict to realise that being an ex-convict will remain a stigma on his image and he should not partake in any form of crime again.

“Maximum punishment will be applied on you if caught again. The weed exhibit found in possession of the convict shall be destroyed by the NDLEA,” Mr Agomoh held.

The defence counsel, J. Morakinyo, had before the judgment prayed the court to exercise its discretionary powers in reducing his client’s punishment.

Earlier, Raphael Himinkaiye, counsel to the NDLEA, Oyo State Command, told the court that the convict was arraigned on one count of unlawful harbouring of cannabis.

According to the prosecutor, sacks containing 77.6 kg of narcotics were stored in the house belonging to the convict.

He said that the offence contravened the provisions of Section 12 of the NDLEA act Cap N30 Law of the federation of Nigeria 2004.

The quoted section of the Act prescribes a maximum of life imprisonment for anyone convicted.