The presiding judge, Ibrahim Buba, sentenced the convict to 15 years each of the two count charges which would run concurrently. 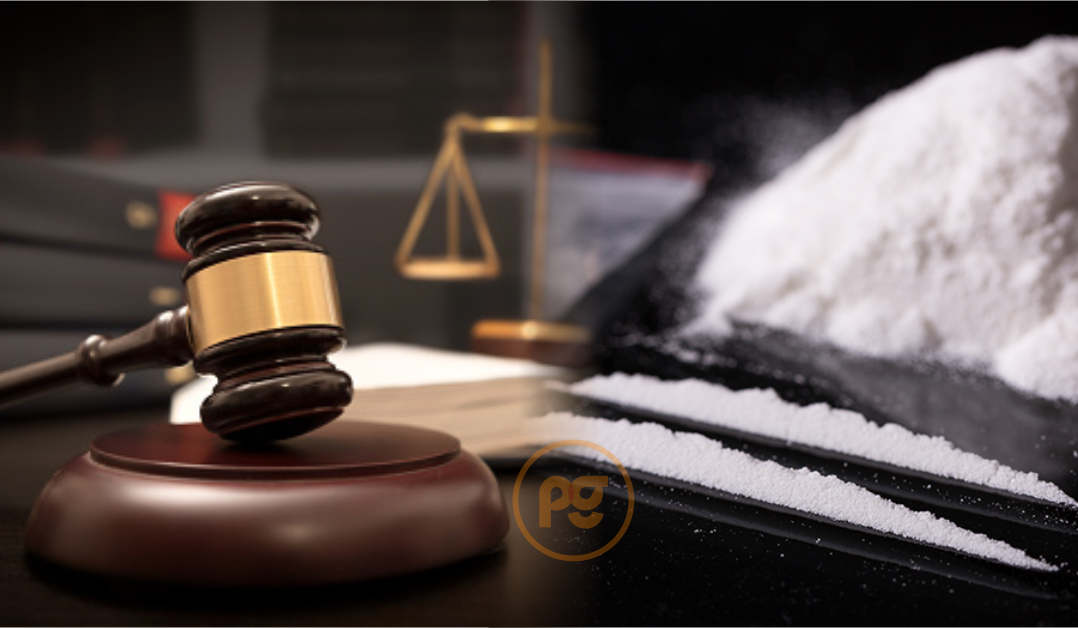 Gavel and Cocaine used to illustrate the story

The Enugu Division of the Federal High Court on Wednesday sentenced Charles Ude, 53, for ingesting 72 wraps of cocaine weighing 3.7 kilogrammes.

Mr Udeh, resident of No 5 Nkanunta Street, Meniru in Awkunanaw, of Enugu State was convicted to a two count charge for drug trafficking.

The father of five children was arrested by officials of the National Drug Law Enforcement Agency (NDLEA) on December 3, 2021 during an outward clearance of the Ethiopian Airline at the Akanu Ibiam International Airport, Enugu.

According to the prosecutor, Afum Obeta, Mr Udeh was arrested by 12.30 pm on December 3, 2021 during screening at the airport and was placed under surveillance at the agency’s custody.

“While under observation for some hours at about 10:00 p.m., the convict excreted the substance at two different times which was discovered to be cocaine after forensic analysis.

During the hearing, Mr Udeh, who previously pleaded not guilty to the two count charge preferred against him later changed his plea and admitted committing the crime.

He said he was lured into the crime by a man called Schoolboy who capitalised on his poor condition of life adding that he was a first offender to the crime.

The convict, through his counsel, Anthony Nnamoko, pleaded for leniency and urged the court to temper justice with mercy.

The presiding judge, Ibrahim Buba, however, sentenced him to 15 years each of the two count charges which would run concurrently.

The judge ordered that the exhibits be destroyed under his watch within 24 hours.