Justice Inyang Ekwo, however, struck out the suit after I.C. Nworgu, who appeared for the IPOB leader, told the court that the plaintiff had resolved to withdraw the suit. 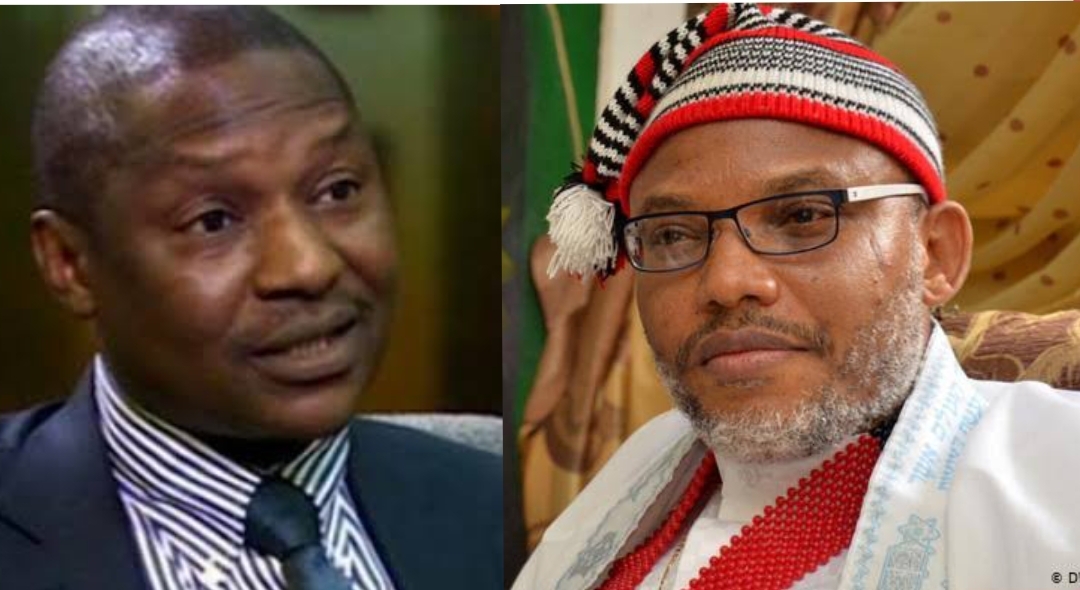 The Abuja Division of the Federal High Court (FHC), on Friday, struck out a N20 billion suit filed by leader of the proscribed Indigenous People of Biafra (IPOB), Nnamdi Kanu, against the Attorney-General of the Federation (AGF), Abubakar Malami, SAN.

Justice Inyang Ekwo, however, struck out the suit after I.C. Nworgu, who appeared for the IPOB leader, told the court that the plaintiff had resolved to withdraw the suit.

Mr Nworgu said the notice of discontinuance had already been filed.

Mr Ekwo had, on October 27, fixed Friday for hearing in the suit.

“A declaration of this honourable court that the defendants acted in bad faith and/or abused their public offices in falsely arresting and falsely imprisoning the plaintiff at the said location in Kenya and said aircraft.

“An order of this honourable court directing the defendants to, jointly and severally, pay to the plaintiff the sum of N20,000,000,000.00 (Twenty Billion Naira only) being general and exemplary damages.

“An order of this honourable court directing the defendants to separately write and deliver to the plaintiff, an unreserved personal letter of apology.”

He prayed that the letters of apology shall be prominently and boldly published full-page in two Nigerian newspapers of national circulation.

He also sought an order of the court, directing the defendants to pay the cost of the suit, among others.