The state government says the COVID-19 pandemic had a negative impact on its economy. 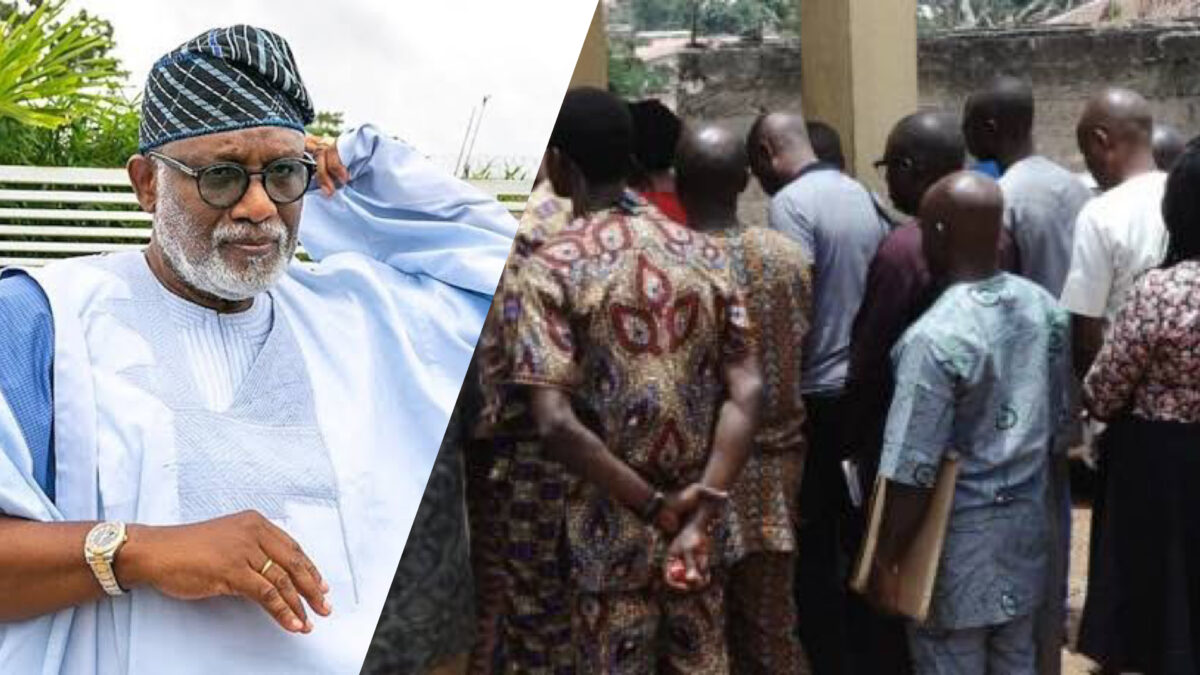 The Ondo government has attributed the non-payment of civil servants salaries in the state to the deadly coronavirus pandemic that hit the country in 2020.

Workers under the employment of the state government civil service are being owed four months salary and arrears by Governor Rotimi Akeredolu’s administration.

Speaking at an event in Akure, Secretary to the State Government, Oladunni Odu said the pandemic had a negative impact on the state’s economy.

“Yes, we have our lapses and weaknesses because we have not been able to pay (four) months’ salary and if the Governor (Rotimi Akeredolu) were here today, he would say it because he feels pain that he can not pay salaries as at when due.

“It is because we were not prepared for covid-19. Covid came and everything went down and we are yet to recover from COVID-19,” Mrs Odu added.

She further explained that the governor was worried that his effort to pay the civil servants salaries was impossible, due to the current economic realities in the state.

Nonetheless, she vowed that Mr Akeredolu would leave the state better than he met it.

“You would remember when Governor Akeredolu came on board, he met seven months salary arrears and within a short time, he did pay six months of the seven months arrears.

“The governor believes a labourer deserves his wages and the wages should be paid as and when due but he had promised at several fora that he would not leave the state without paying all the salaries to workers,” the official said.

Governor Akeredolu, who is currently in his second term, was first elected to power in 2016.

He succeeded Olusegun Mimiko, whose later part of the administration was also rocked by nonpayment of salaries of civil servants in the workforce of the state.