The clashes, which followed protests in Shanghai, Beijing, and elsewhere, erupted as China posts record numbers of COVID-19 cases daily. 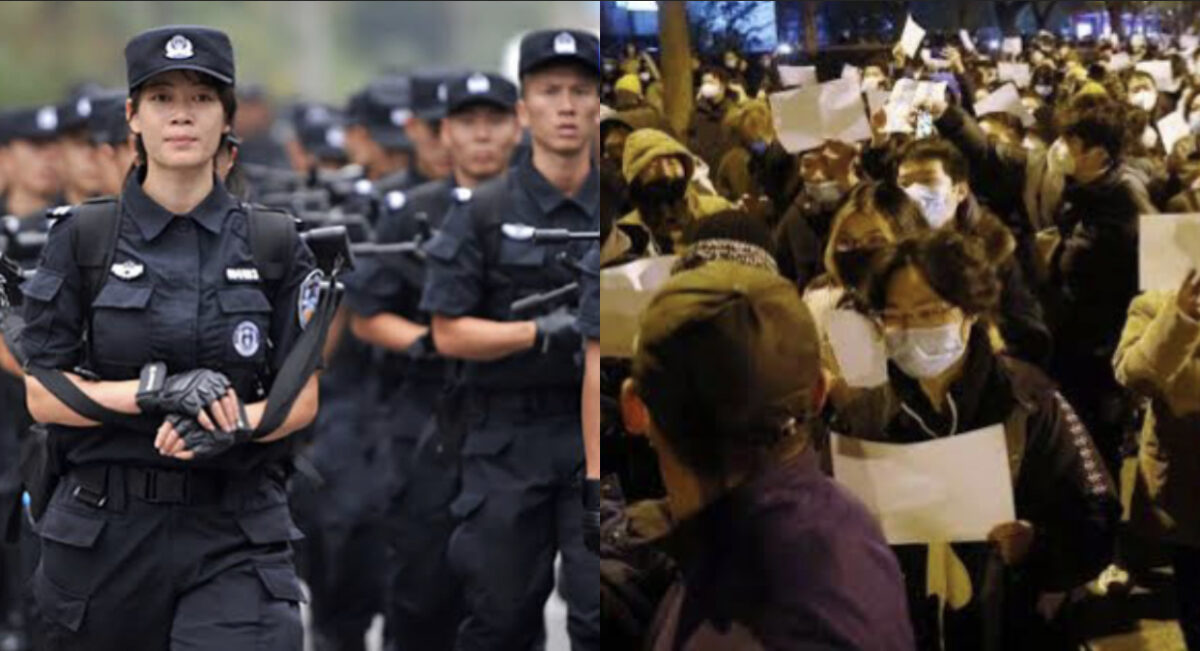 People in the Chinese manufacturing hub of Guangzhou clashed with white hazmat-suited riot police on Tuesday night in an escalation of protests against stringent COVID-19 lockdown measures, online videos have shown.

The clash was the latest in a string of protests that boiled over at the weekend.

The clashes, which followed protests in Shanghai, Beijing, and elsewhere, erupted as China posts record numbers of COVID-19 cases daily and health officials, including in the southern region around Guangzhou, announced a slight loosening of the curbs.

Mainland China’s biggest wave of civil disobedience since the 1989 Tiananmen protests comes as its economy sputters after growing at breakneck rates for decades.

That era of prosperity was fundamental for the social contract between the Communist Party and a population whose freedoms have been curtailed since President Xi Jinping took power 10 years ago.

In one video posted on Twitter, dozens of riot police in all-white pandemic gear, holding shields over their heads, advanced in formation over what appeared to be torn-down lockdown barriers as objects flew at them.

Police were later seen escorting a row of people in handcuffs to an unknown location.

Another video clip showed people throwing objects at the police, while a third showed a tear gas canister landing in the middle of a small crowd on a narrow street, with people then running to escape the fumes.

Reuters verified that the videos were filmed in Guangzhou’s Haizhu district, the scene of COVID-19-related unrest two weeks ago, but could not determine when the clips were taken or the exact sequence of events and what sparked the clashes.

Social media posts said the clashes occurred on Tuesday night and were caused by a dispute over lockdown curbs.

The government of Guangzhou, a city hard-hit in the latest wave of infections, did not immediately respond to a request for comment.