They pledged at an emergency meeting to address insecurity in the two council areas on Thursday in Calabar. 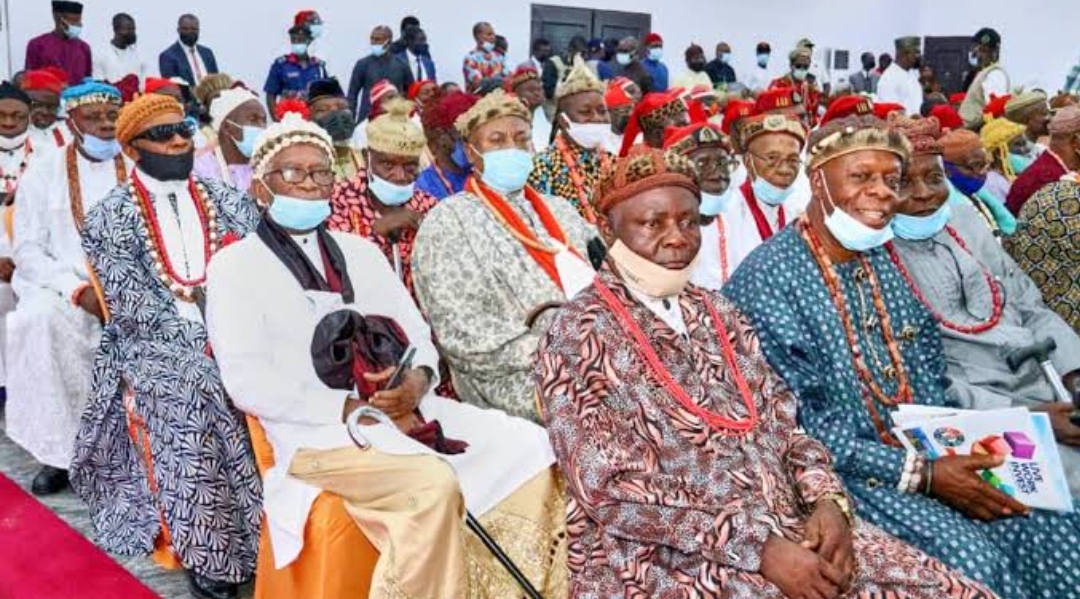 Traditional rulers in Bakassi and Akpabuyo Local Government Areas of Cross River have pledged collaboration with security agencies to ensure the safety of lives and property in their domains.

They pledged at an emergency meeting to address insecurity in the two council areas on Thursday in Calabar.

The meeting came on the heels of the abduction of a student of the Arthur Javis University, Akpabuyo.

Chairman of the Cross River Traditional Rulers Council, Etim Edet, who spoke on the essence of the emergency meeting, said all would be done to protect investments in the domains.

Mr Edet stressed that the traditional rulers decried the security breach at the university and unanimously resolved that they would take back their communities by fishing out bad eggs, which they described as “mere intruders’’.

“We must take back our communities, local government and university. The university is training many of our children for free and will also train those unborn.

“Henceforth, there will be submission of monthly reports of activities from each village head to the paramount ruler. All traditional rulers must be domiciled in their council areas.

“All residents of the local governments must be known by village heads. All village heads will be held responsible for any act capable of disrupting the peace of their community,’’ Mr Edet said.

The chairman appealed to the university’s founder, Arthur Archibong, staff and students of the institution to remain strong as they would be protected henceforth.