“Could it be that the gate is being made available for Smugglers?” Customs tweeted. 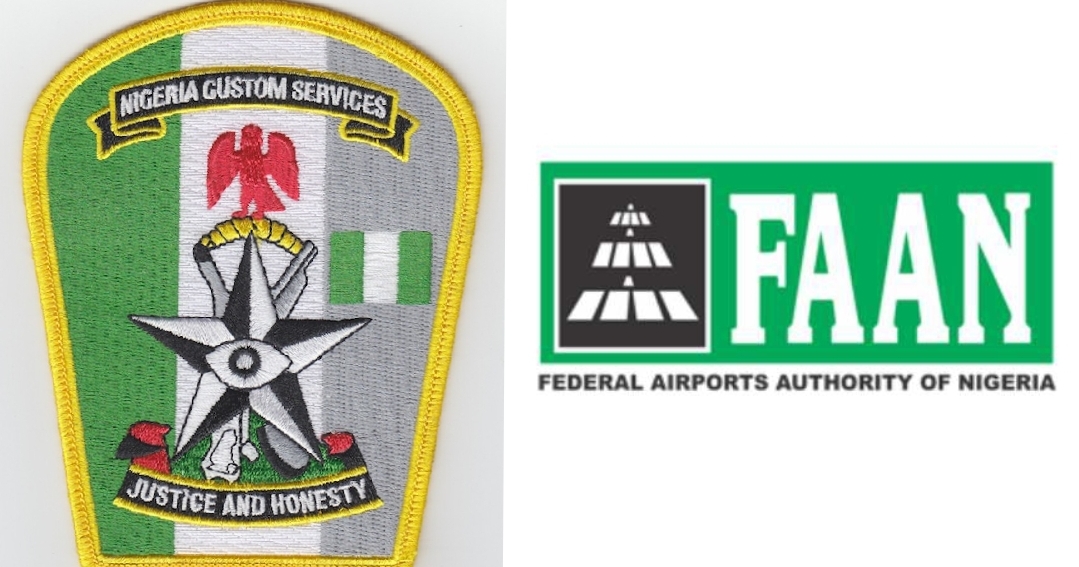 The Nigeria Customs Service and the Federal Airport Authorities of Nigeria have taken to Twitter to vent what appears like interagency friction against each other.

FAAN had reported that Customs officers forced a closed-door open at the airport security reserved area, breaching its security protocols while threatening to beat up FAAN’s officers.

“At about 1745hrs on Thursday, January 20, 2022, while the AVSEC officers on day duty at Gate 3 were profiling a NAHCO vehicle that wanted to access the Security Restricted Area (SRA) via gate 3, the Customs Area Comptroller for Hajj and Cargo Terminal suddenly emerged and pulled off behind the NAHCO vehicle that was being attended to,” said a FAAN statement shared on Twitter.

It added, “And CSC Agunbiade, a customs officer on the Area Comptroller’s entourage later shoved aside the AVSEC Officer at the gate, forcefully took over the gate and opened the gate for the Comptroller and his escorts to forcefully access the Security Restricted Area via the gate.”

According to FAAN, while accessing the gate, the armed escorts to the comptroller threatened to beat up the AVSEC officers at the gate if they dared “resist their assault and breach of security.”

FAAN further claimed that the bearing of firearms by Customs officers emboldened them to disregard airport security protocols.

“This blatant abuse of the privilege of bearing firearms by the NCS has become a recurrent threat to the safety and security of our staff and our operations,” FAAN explained further. “While we keep on working to resolve all our challenges decisively, we hereby urge all stakeholders to please respect our mandate by being of disciplined and professional conduct in the interest of national security and operational safety.”

However, the Customs responded via Twitter to FAAN’s claims, alleging that the restricted security area might be a smuggling route.

“Saying that a gate is restricted to Customs in an international cargo airport shows lack of understanding of NCS roles. Could it be that the gate is being made available for Smugglers?” Customs tweeted.