The Toyota Corolla vehicle was intercepted and the driver arrested along the Katsina-Jibia axis. 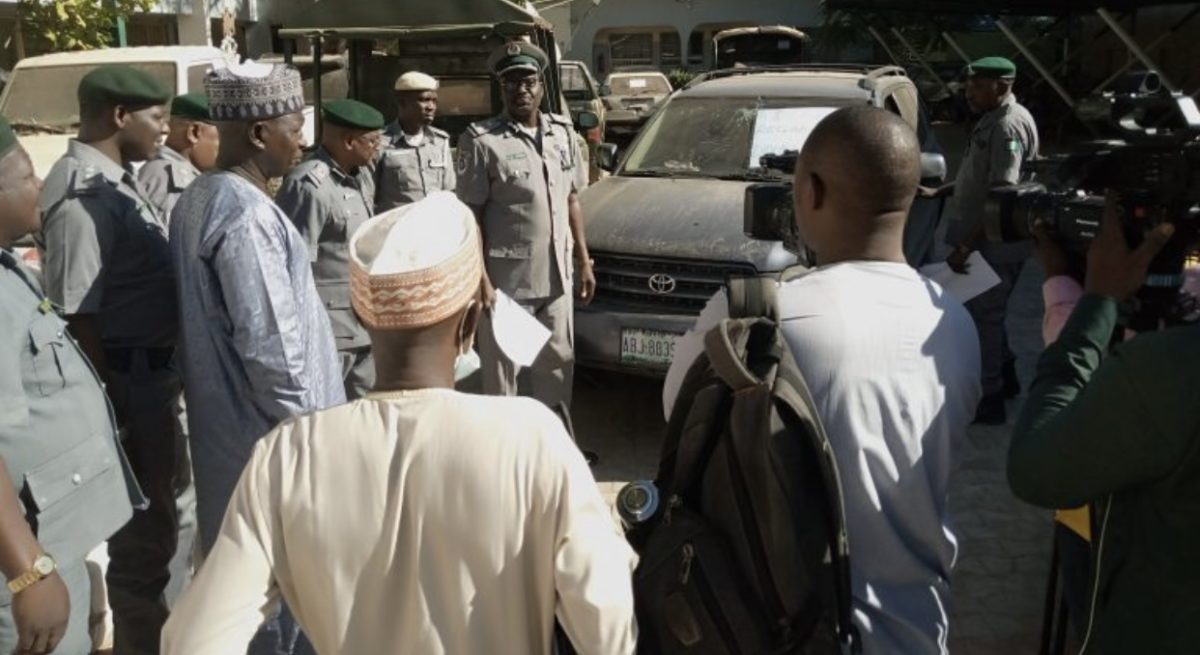 The Nigeria Customs Service used to illustrate the story

The Nigeria Customs Service in Katsina says it has intercepted a vehicle loaded with more than N71 million suspected to be for laundering.

Acting Controller at the command, Dalhat Wada-Chedi, told journalists in Katsina on Monday that the money was intercepted earlier in the month.

“We intercepted the money with the vehicle and also arrested the driver of the vehicle along Katsina-Jibia axis which is among the frontline areas affected by insecurity.

“This money was intercepted along the border area inside the booth of a Toyota Corolla vehicle following intensified effort of our operatives along that axis.

“As you know, the borders are still closed, and any person passing through the border must declare money above 10,000 dollars.

“We brought the money, the suspect and the vehicle, and we deposited the money at the CBN after we reported to our headquarters.

“We have offered an administrative bail to the suspect because investigation is still on-going; in fact we have transferred the case to the headquarters.’’ he said.

Mr Wada-Chedi told journalists that the command also intercepted 230 parcels of Indian hemp worth more than N18.1 million in November.

“The Indian hemp was intercepted in a truck and the total value of Indian hemp and truck is N25.9 million,’’ he said.

He added that the command intercepted eight vehicles with the total value of N14.4 million also in November.

Smuggled rice, spaghetti, vegetable oil, potash and medicaments were also seized by the command in the course of November, he said.

“Also, pieces of three different types of jack knives and bags of tiger nuts with total value of N46.5 million were seized in November,’’ he said.

“Within the month of November, we succeeded in arresting five suspects and different items worth over N176.4 million,’’ Mr Wada-Chedi added.

He attributed the successes to the tireless efforts of the command and its operatives and called on members of the public to continue to give them the necessary support.