Customs generated more than N14 billion from January to April 2022, compared to the N9.6 billion it generated in 2021, representing a 44.9 per cent increase. 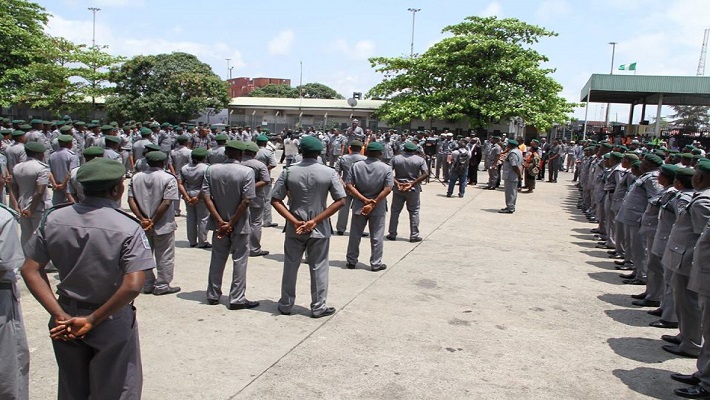 The Kano and Jigawa area command of the Nigeria Customs Service (NCS) says it generated over N14 billion between January and April this year.

The area command’s comptroller, M.A. Umar, disclosed this on Tuesday in Kano.

He noted that customs generated more than N14 billion from January to April 2022, compared to the N9.6 billion it generated in 2021, representing a 44.9 per cent increase.

According to him, the illicit drugs were handed over to the National Drug Law Enforcement Agency for further investigation.

“The seizure items were illegally imported into the country which contravened Section 46 of CEMA CAP C45 LFN 2004 (as amended),’’ he said.

Mr Umar said the command recorded 353 seizures with a DPV of N924 million within the period under review and the items included rice, used clothes, oil and pasta.

He called on smugglers to desist from smuggling or they would face the law, adding that, “the consequences of smuggling are dire on our economy.’’

Mr Umar implored all businessmen in the state to come and explore the advantages of Inland Container Terminals to save them from the traffic nightmare of Lagos and congestion in Lagos ports.

Others included Maigatari border for both import and export of goods; Dala Inland Dry Ports which when completed would greatly enhance cargo clearance and boost the economy of Kano and the nation.

According to him, the command will collaborate with stakeholders to provide an enabling environment for business to thrive and for trade facilitation.

“We have put in place measures to enhance speedy clearance of goods without compromising government fiscal policy,’’ Mr Umar said.

He commended the personnel of various units such as the CIU, Customs Police Unit, Federal Operation Unit, Strike Force, Border Drill and Post Clearance Audit Unit for their cooperation.