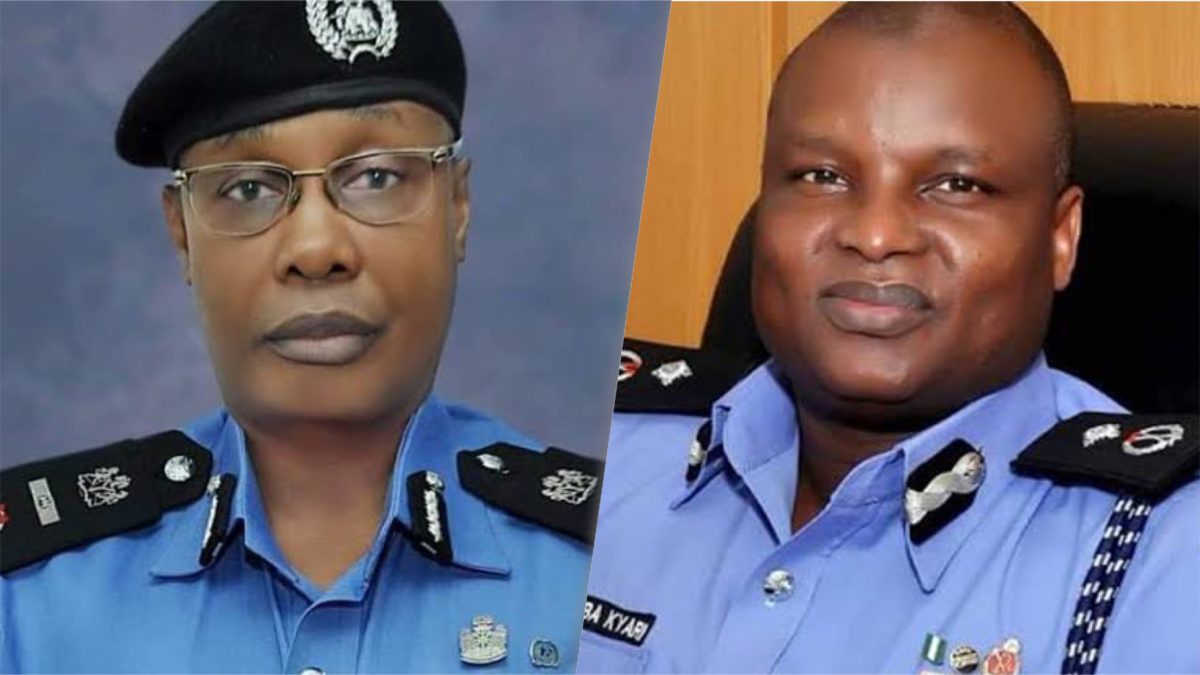 A composite of IGP, Usman Baba and Abba Kyari used to illustrate the story

The inspector general of police, Usman Baba, has urged stakeholders in the security sector to utilise the police crime reporting portal to report all forms of cybercrime in any part of the country for prompt action. He recommended the police’s ‘no fall maga’ handbook to the Nigerian public.

One of Nigeria’s most decorated senior police officers, Abba Kyari, is wanted in the U.S. for conspiring with Ramon Abbas ‘Hushpuppi’ in multimillion-dollar Internet fraud.

Mr Baba made the appeal on Wednesday in a statement by police spokesman Olumuyiwa Adejobi.

He also urged the public to report issues of theft, child abuse and exploitation, cyberstalking, cyberbullying, credit card fraud, internet fraud and other forms of cybercrime through the portal.

According to him, the portal could be accessed through https://incb.npf.gov.ng; interpolnigeria@npf.gov.ng; WhatsApp on 07043797900 and call or SMS on 08094557845. Mr Baba explained that the cybercrime reporting portal was domiciled at the INTERPOL National Central Bureau in Abuja.

He also mentioned the portal would offer access to intelligence and data sharing between the 195 member countries of the INTERPOL. The police honcho added that the portal also contains abridged cybercrime awareness material and online safety tips for visitors.

Others are the 2015 Cybercrime Act and Africa’s First Storified Cybersecurity Handbook, also known as ‘no go fall maga’, in portable document format.

Mr Baba ordered the immediate completion of a new office complex for the Force Intelligence Bureau to expand the intelligence gathering capability of the police. He said the new complex would be fitted with ICT-based state-of-the-art gadgets in tune with contemporary intelligence-gathering realities.

He also directed the AIG-FIB to immediately train officers and men on using the new office complex and gadgets.