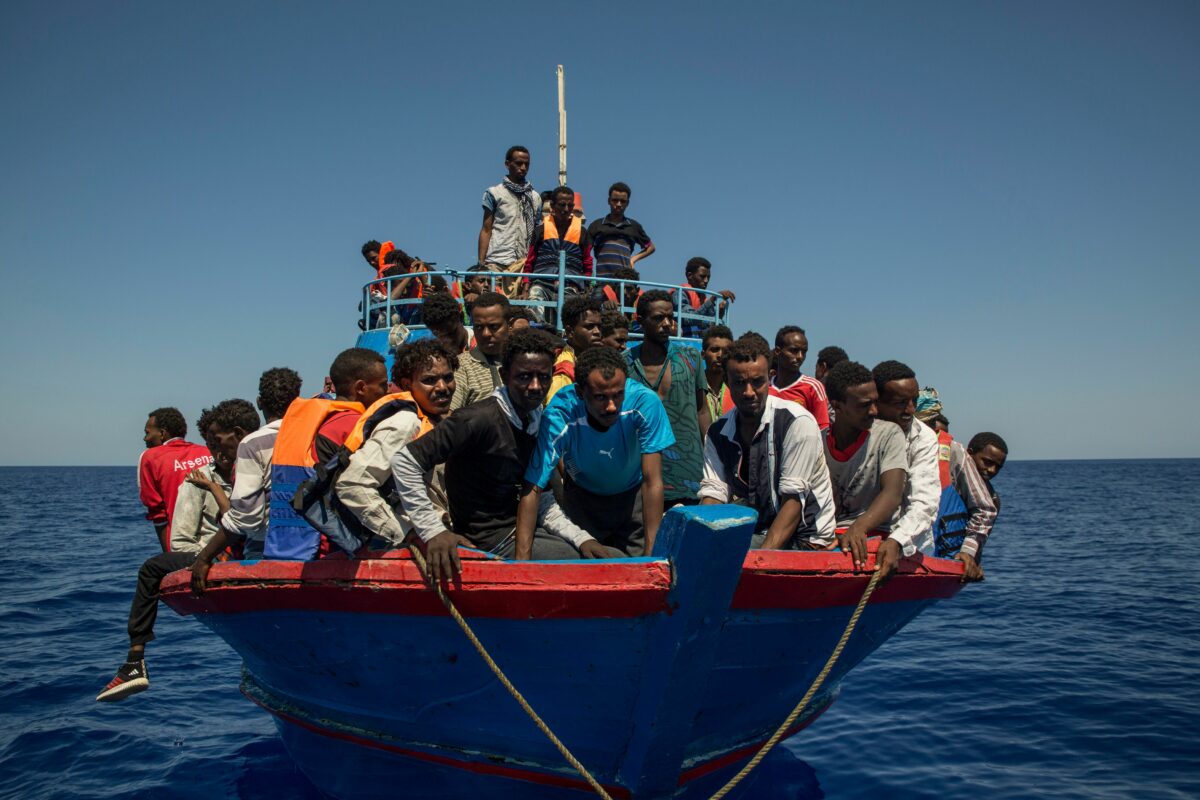 TOPSHOT – Migrants wait to be rescued by the Aquarius rescue ship run by non-governmental organisations (NGO) “SOS Mediterranee” and “Medecins Sans Frontieres” (Doctors Without Borders) in the Mediterranean Sea, 30 nautic miles from the Libyan coast, on August 2, 2017. Italy on August 2, 2017 began enforcing a controversial code of conduct for charity boats rescuing migrants in the Mediterranean as new figures revealed a sharp drop in the numbers of people arriving from Libya. / AFP PHOTO / Angelos Tzortzinis (Photo credit should read ANGELOS TZORTZINIS/AFP/Getty Images)

The Cypriot coastguard picked up 137 migrants on board a boat east of the island on Tuesday, the second such operation in as many days. The coastguard also said some 300 migrants in distress were rescued 110 nautical miles (204 kilometres) south-east of the Mediterranean island on Monday.

The people had set out from Lebanon and were to be sent back there soon, state radio RIK reported, citing the coastguard.

There was a repatriation agreement between Lebanon and Cyprus. They were in a major joint operation with a freighter travelling in the area.

According to the coastguard, all of the passengers were brought to the freighter by helicopters and boats from the coastguard and taken in.

They were also said to have started their journey from Lebanon. It was initially unclear which nationalities they belonged to, as was where the rescued people were to be taken.

Smuggling gangs are increasingly trying to bring migrants from states east of the Mediterranean, such as Lebanon or Syria, to southern Italy. The route is long and dangerous, running south from Cyprus past Crete and southern Greece.

On long journeys, the oldest and worn-out boats often suffer engine failures or other accidents.

According to EU statistics, Cyprus has received the most asylum applications per year in recent years, measured against the size of its population.