The officers were detailed to produce the then 26-year-old Mr Abiodun in court for being at large over an ongoing criminal case. 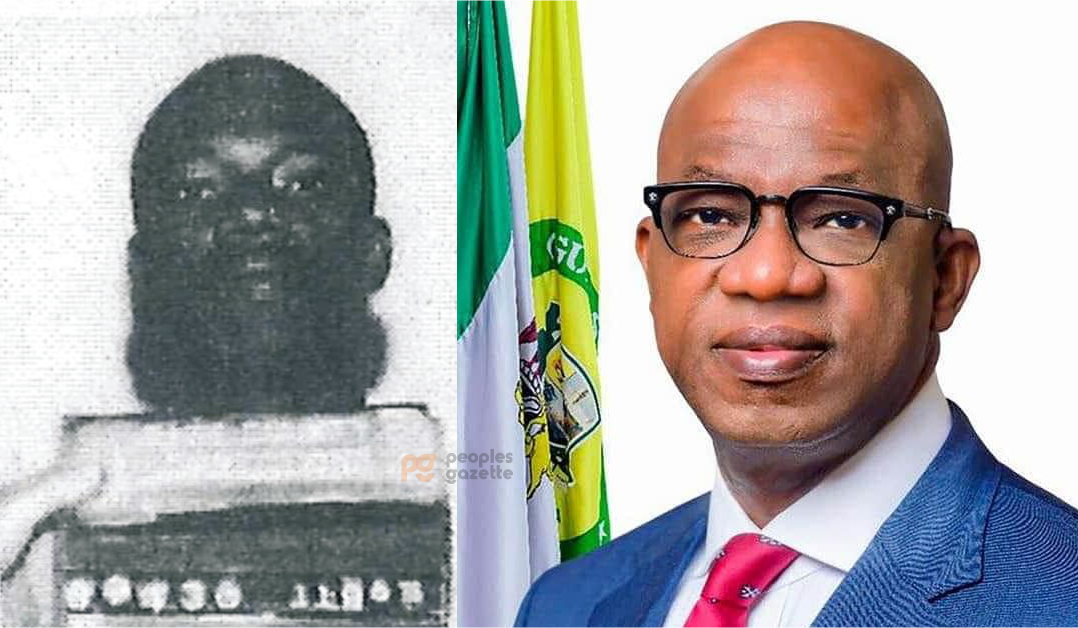 The City of Miami Police Department in the United States filed criminal charges against Dapo Abiodun in 1986, according to newly-released police files seen by Peoples Gazette.

Mr Abiodun, now 61 and governor of Ogun, violently resisted a police officer and a Secret Service agent as they tried to execute an outstanding warrant for his arrest. The warrant was issued after Mr Abiodun failed to appear in court for a previously instituted case of credit card fraud, records show.

The document said Mr Abiodun, on November 6, 1986, at about 8:20 p.m., resisted being handcuffed by a police officer from the Miami Dade Department and an Agent of the U.S. Secret Service. Both were detailed to produce the then 26-year-old Mr Abiodun in court for being at large over an ongoing criminal case.

The decades-old casefile was obtained by the Coalition of Ogun State Students and Youths (COSSY), a political action think-tank sympathetic to Abiodun Akinlade, Mr Abiodun’s challenger in the upcoming APC primaries for the 2023 gubernatorial election in Ogun.

A spokesman for Mr Abiodun did not immediately return a request seeking comments about the discovery Monday evening.

Mr Abiodun’s charges in the United States have raised concerns about his rectitude to continue as governor of a major Nigerian state like Ogun. He was first charged in early 1986 for forgery and credit card theft, among other criminal activities.

Following initial reports about his criminal past last month, the ruling All Progressives Congress asked Mr Abiodun to address allegations in a petition compiled by COSSY. Whereas the governor, through his lawyers, admitted his arrest in the U.S., he insisted he was never convicted.

Mr Abiodun’s lawyers said the matters ended at investigations, which are not sufficient to disqualify him from getting his party’s ticket for a second term. They also argued that the matter was already status-barred since it occurred more than three decades ago.

Indeed, the Nigerian Constitution allows a maximum of 10 years for a criminal convict to be excluded from seeking an elective office. Even if Mr Abiodun had been convicted in 1986, 33 years had passed as of 2019 when he was first elected governor.

Revelations about Mr Abiodun’s criminal history emerged months after one of his closest aides, Abiodun Rufai, was arrested in New York for stealing Americans’ identities to defraud the U.S. government. He pleaded guilty earlier this month to several counts of information and will be sentenced in August.