The North-Central state has for years been under attacks from rampaging vandals who wreak carnage and killings from time to time. 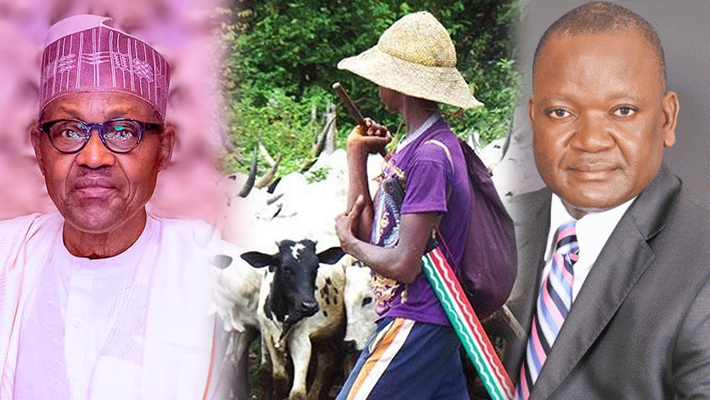 No fewer than 11 people were killed and hundreds displaced after suspected herdsmen attacked Tse-Anghem community near Aondoana in Gwer West Local Government Area of Benue State.

The herdsmen stormed the community in the early hours of Monday, burning houses, a witness said.

Several residents were said to have sustained injuries and others have fled to Aondoana for safety.

“Tse-Anghem close to Aondoana in Gwer West LGA was attacked and burnt down in the early hours of today by herdsmen. 11 people were killed and several others wounded. Hundreds were displaced and are taking refuge in Aondoana close to Naka town,” the witness said.

Confirming the incident, the state police spokesperson Catherine Anene said officers were on ground, but details of the incident were yet to be received.

“There is an attack in Gwer-west LGA and police officers are on ground, but I am yet to receive details of the attack,” the spokesperson said.

The attack on the community comes days after presidential aide Garba Shehu warned Benue governor Samuel Ortom to adopt the Ruga policy, so as to restore peace in the state.

The North-Central state has for years been under attacks from rampaging vandals who wreak carnage and killings from time to time.

Fulani herders have often threatened the state governor for his stand against open grazing in the predominantly agrarian state. In March, Mr Ortom was attacked on his farm with at least one of his security aide fatally shot. A faceless Fulani organisation claimed responsibility for the attack.

Since the enactment of the Benue State Open Grazing Prohibition, Ranches establishment Law in 2017, herders have continued to pushback against the law though the state government claims the law has helped stemmed incidences of herdsmen attacks.

But Mr Buhari’s media aide traced the incessant attacks to Mr Ortom’s refusal to adopt Ruga policy saying the governor has no value for people’s interest.

“Benue under the Ortom administration ought to cooperate with the federal government in the implementation of a number of national strategies programmes in addressing underlying issues militating against peace, progress, and development.

“This can still get done when the interest of the people is placed above all other interests. A government voted into office by the people should treat the people as its masters and not as its servants,” said the statement.

The governor had rejected the policy describing it as deceptive and against the interest of Benue indigenes, who are predominantly farmers.