Mr Pantami has a proven record of having links to terrorism and a strong sympathiser of Islamic extremists. 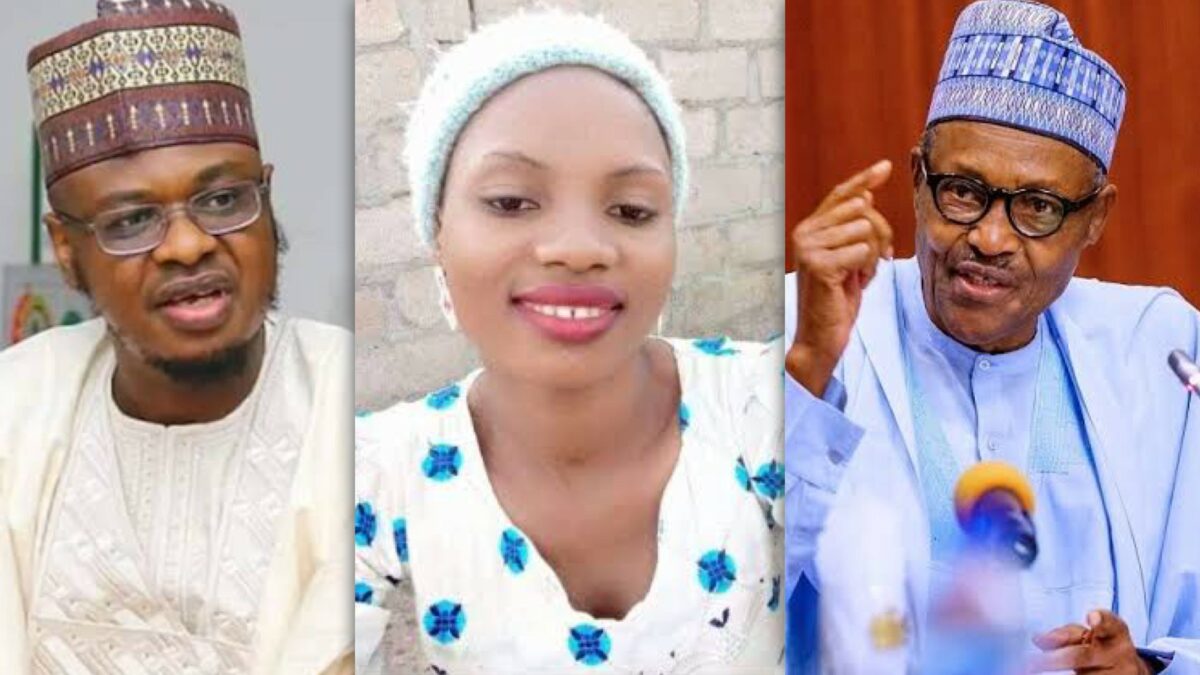 Composite of Pantami, Deborah, and Buhari used to illustrate the story

President Muhammadu Buhari has directed the Minister of Communications and Digital Economy, Isa Pantanmi, to tackle ‘provocative’ media posts in the aftermath of the gruesome murder of Deborah Samuel by Muslim fanatics.

Presidential spokesperson, Garba Shehu, announced in a statement that Mr Buhari also directed the Ministries of Information and Culture and Police Affairs to “work with GSM providers and Tech companies to help contain the spread of false and inflammatory information through social media.”

Although Mr Buhari was not specific as to what would be deemed provocative, Mr Pantami, with proven links to terrorism and Islamic extremism is expected to work with the police, telecommunication providers and technology companies to tackle social media posts.

In April 2021, Mr Pantami was exposed as an Islamic fundamentalist who espoused violent killing of Christians.

He was also revealed to be the mastermind of a plot to murder a Christian governor of Kaduna state, Patrick Yakowa, who later died in an helicopter crash.

Mr Buhari has also received his share of criticism, arising from his refusal to fire the terror-linked Mr Pantanmi, giving attention to theories of his regime habouring an Islamization agenda for Nigeria.