Who was Chief Bola Ige and why was he assassinated?

In honouring Ige, we owe it to ourselves to ensure those who lead or seek to lead are the brightest stars amongst us. 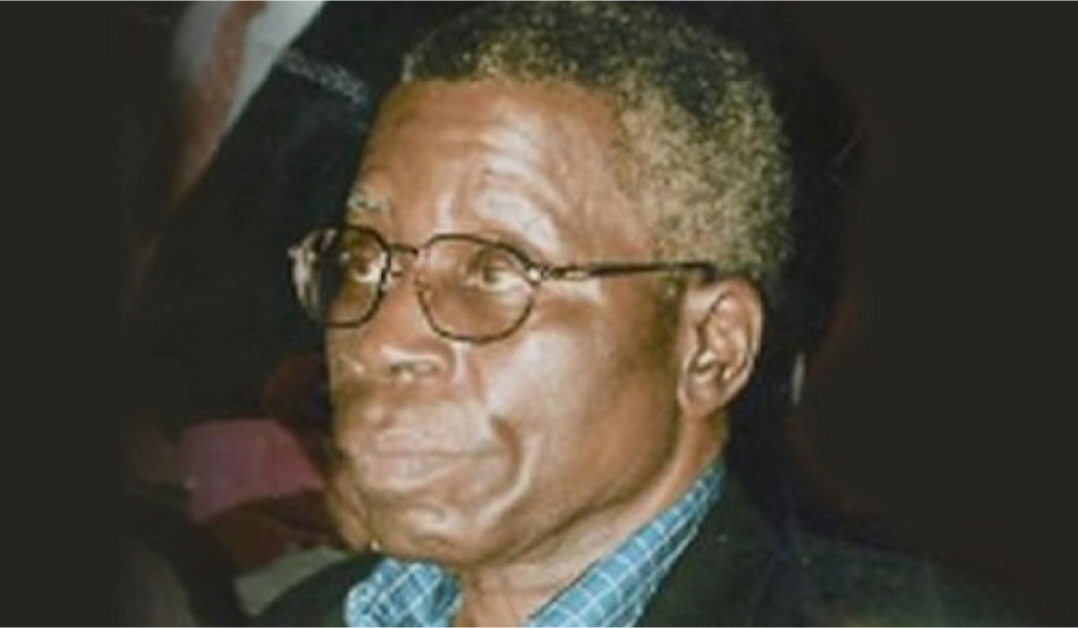 It’s been 20 years now since Nigeria lost one of its pride, Chief Bola Ige, a former governor of the old Oyo state and former Minister of Justice and Attorney-General of the Federation.

The sage had his last breath on December 23, 2001, following his assassination by yet-to-be-identified individuals in Solemilia Court, No 8, Akinlabi Sanda Close, Bodija in Ibadan. The gruesome murder also led to the sudden death of Atinuke, his wife, and destabilised his family.

Though a Yoruba man, he was born in Kaduna. He later moved to the South-West at the age of 13 in 1943 and attended the prestigious Ibadan Grammar School and later the University of Ibadan, where he studied Classics.

At 23, he became the organising secretary of the defunct Action Group in 1953. He used his charisma and natural organisational ability to increase the party’s membership far beyond the South-West — AG’s stronghold. The party was founded in 1951 as an offshoot of the Egbe Omo Oduduwa.

The late Ige later studied law at the University of London and was called to the inner temple bar in 1961. Upon returning home, he founded Bola Ige & Co, a law firm that produced many legal luminaries. He was appointed the Commissioner for Agriculture in the western region under the military governorship of General Robert Adeyinka Adebayo between 1967 to 1970. To date, many still talk about his achievements in ensuring the presence of massive mechanised farming in the region.

As a diplomat, he used tact to effectively manage the Agbekoya riots, which broke out among peasant farmers during the Nigerian civil war. When the regime of Gen. Olusegun Obasanjo allowed the return of partisan politics in 1978, he joined the Unity Party of Nigeria founded by his political mentor, Chief Obafemi Awolowo.

He was the first civilian governor of Old Oyo state after defeating the candidate of the National Party of Nigeria, Chief Richard Akinjide, who was later to become the Attorney-General and Minister for Justice in the Second Republic.

Lover of history recalled how he implemented the free education policy of the UPN in Oyo and established the Ladoke Akintola University of Science and Technology (LAUTECH), amongst other great projects, endearing him to the masses. Though he tried contesting the presidential election on the Alliance for Democracy (AD) platform in 1999, he was rejected. Interestingly, Olusegun Obasanjo, who emerged winner of the election, appointed Bola Ige as minister of Mines and Power and later Minister of Justice and Attorney General.

He was about to take up a new position as Africa’s representative on the United Nations International Law Commission when he was gunned down in Ibadan. Ige was shot dead at his home in Ibadan.

Two years ago, Nobel laureate Wole Soyinka was quoted to have said, “We have a phenomenon of unsolved murders, and we know for a fact that some of them are the result of corrupt forces. A notorious example: A former Attorney-General and Minister of Justice in the country, Bola Ige, was assassinated in his bedroom. It wasn’t a political affair, political rivalry and contestation.

“He was killed, you know, by the forces of corruption and so this compels one to ask what has happened to the investigation ordered by the president of the country into those high-profile murders. If we do not solve some of these murders, we cannot get into the heart, into the core of the corruption in this country and this involves also the authorised and constitutional agency of open society such as the judiciary.”

The controversy surrounding his death

Surely, death is inevitable for every soul. Even if not assassinated, Bola Ige was going to die one day. However, no one expected Ajibola’s death in such an easy way and by those suspected to have carried out the ugly acts. He had been entangled in squabbles within AD. This led to fingers pointed at then-Deputy Governor of Osun, Iyiola Omisore, regarding the murder.

Bola Ige’s assassination was linked to an altercation at the palace of Ooni of Ife, Oba Sijuwade Okunade, during the conferment of chieftaincy title on some individuals. An angry crowd mobbed Ige as they stripped him of his necklace, cap and destroyed his glasses. It was an obvious breach of his security and an attempt to eliminate him openly. The group was reportedly led by a certain ‘Fryo’, a political thug loyal to Omisore. A day after the assault, Omisore granted an abusive interview to Tempo magazine published the following week.

“…Bola Ige came on radio here to insult me and my family. That is his last one. He was beaten yesterday; the people of Ife beat him up and he was crying like a baby as they removed his cap and his glasses,” stated Omisore.

This pointed Nigerians to the long-standing disagreements between the duo. Then-Governor Bisi Akande and Omisore were not on good terms, and the latter was about to be impeached by the Osun State House of Assembly for various irregularities.

It was evident that as a key leader of AD, Bola Ige was behind Akande. The sour relationship between Akande and Omisore caused a fracas at the state assembly and even led to the death of a lawmaker representing Ife Central Local Government area, Odunayo Olagbaju.

A week after the attack on Bola Ige at Ooni’s palace, he was killed in his Ibadan home. Omisore, alongside others, were arrested and arraigned before the Oyo State High Court for his murder but were later released for lack of evidence.

Reacting to this in his autobiography, Akande said, “There was enough evidence that the government of President Obasanjo was reluctant to find the killers of Bola Ige.”

According to him, his summon to Abuja to meet with Obasanjo and the involvement of Omisore in the wake of the assassination was a fundamental poser that the government was bent on sweeping the murder of the attorney-general under the carpet.

“When I was about to board the aircraft on my return trip back to Ibadan, I saw Omisore. The jet had gone ahead to bring Omisore to Ibadan. What they told him I did not know. So why try to bring us together for a chat?” Akande added. “All this created suspicion in my mind that cover-up was actively in the offing. That was why I came to the conclusion that the Federal Government was complicit in the assassination of Uncle Bola Ige.’’

Speaking on the character of Omisore, Akande said, “He crept into my life like a silent malignant cancer. He came in full force. In a few months, I thought I knew him. I regret I did not know him in his true colours. When I nominated him as my running mate, I had banked on him that he would be my successor and that I only needed to groom him properly for the daunting task of governance. As I was mentored by Chief Ige, I thought I had a duty to also mentor Omisore. I had planned to spend only one term in office and I believed that, with four years of proper exposure and mentorship, he would be ready. But Omisore was ready right from the start for something less noble. By the time we came to the government, all the pretences were off. I knew I was dealing with a wolf in wolf’s clothing. I was alarmed by his way of spending money.”

He is a man with several corrupt cases around his neck. His dream to govern Osun has failed multiple times. Though he is regarded as a political heavyweight, he has never clinched the gold. Many ask whether he truly has the power to move mountains or a mere paper tiger.

Omisore moved from one political party to the other in his desperate bid to govern Osun. From AD to Peoples Democratic Party (PDP); from the Social Democratic Party (SDP) to All Progressives Congress (APC). His romance with Governor Gboyega Oyetola should make the public vigilant.

Unarguably, the September 22, 2018, governorship election was a close race in which Ademola Adeleke of the PDP led with 254,698 votes ahead of Oyetola, who polled 254,345 votes. Omisore came a distant third with 128,049 votes. He immediately became the beautiful bride to be courted by his two leading rivals after the Independent National Electoral Commission (INEC) declared the election inconclusive on the ground that the 353 votes margin between Messrs Adeleke and Oyetola was lower than the cancelled votes (3,498) in seven polling units.

Delegations from both the APC and PDP met with Omisore after the first ballot of the 2018 poll. He threw his weight behind APC, saying the ruling party had accepted the conditions he gave them. Omisore, who was facing several corruption charges by the Economic and Financial Crimes Commission, took the offer from the APC as he was allegedly promised a soft-landing in his case with the anti-graft agency. The supposed offer was that his seized passport would be released, his case dismissed, and his frozen bank account released.

Omisore officially defected from the SDP to the APC in February 2021, welcomed Deputy Governor Benedict Alabi and Osun APC chairman, Famodun. Upon joining the party, Oyetola said he had caught a big fish. Oyetola sees Omisore as a political figure who can help diminish the influence of the PDP in the Ife/Ijesa district and possibly enhance his chance in the 2022 gubernatorial election while the senatorial contest Otunba Omisore is eyeing, along with other elections, will take place in 2023 at the same zone of the late Ige.

Ige was amongst the brightest stars for Yorubas. There are those who consider it their duty to focus only on his life. To them, we say, a celebration of Chief Ige’s life is inevitable as his legacies live on. Nonetheless, in honouring Ige, we owe it to ourselves to ensure those who lead or seek to lead are the brightest stars amongst us. Certainly not political vultures, wolves, or their associates involved in cruelly extinguishing one of our brightest hopes. The seeing eye shall always see. By their associations, we shall know them. The dastardly acts they perpetrated on that fateful night shall never stop our stars.

This piece is in commemoration of the 20th anniversary of the passing of the first Executive Governor of Oyo State and former Minister of Justice and Attorney-General of the Federation, Chief James Ajibola Ige.