“We are laying more curses on anyone who had a hand or knew anything about the attack and never informed security agencies about it.” 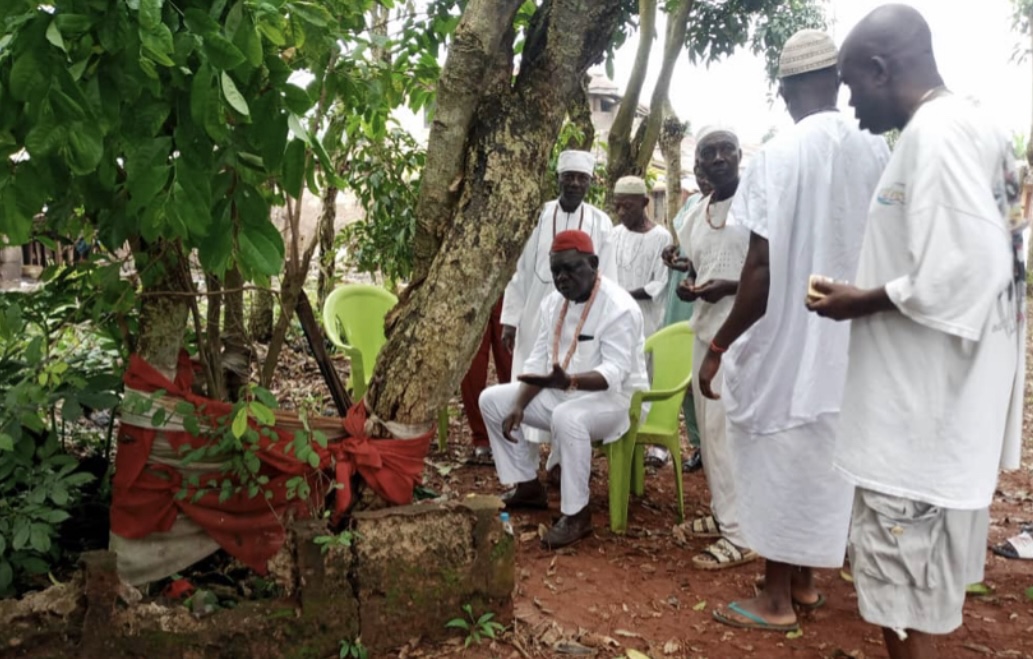 Okpanam community in Delta has reverted to ancestral spirits to avenge an attack on the community, in which three police officers were killed and some community vigilance members injured.

The Ugo Ani of Okpanam, Michael Ogbolu, led chiefs, indigenes and other community members to the “Ishu Ani Okpam’’ shrine, where curses were laid on the perpetrators of the attack.

The Ugo Ani noted that Okpanam had been known for its peaceful and calm nature until Sunday’s attack by unknown persons, which led to the hospitalisation of some children.

He said community insiders who knew the masterminds of the attack would also not go unpunished.

“Before such an attack can be successful, there must be an insider.

“We are laying more curses on anyone who had a hand or knew anything about the attack and never informed security agencies about it,’’ Mr Ogbolu said.

On Sunday, gunmen killed the officers, who were said to be responding to a distress call by vigilante members in the community.