Some of them were injured when they stormed through the border, which consisted of two parallel, six-metre-high barbed wire fences. 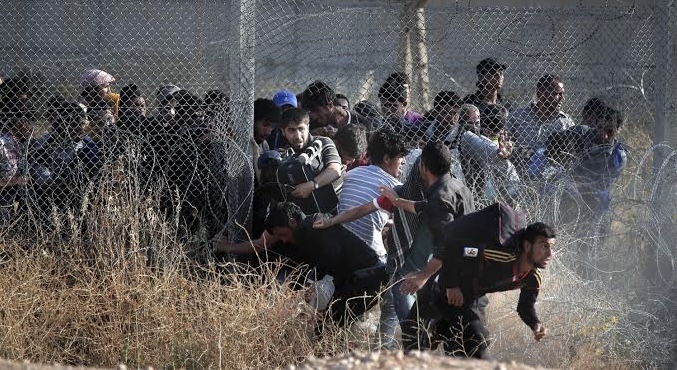 Hundreds of migrants broke through the border fence between Morocco and the Spanish enclave of Melilla in North Africa on Friday, according to media reports.

They forced open one of the gates at the border, the Europa Press news agency reported, citing the police.

Some of them were injured when they stormed through the border, which consisted of two parallel, six-metre-high barbed wire fences.

The previous day, 116 Moroccan officers were injured while trying to keep about 500 migrants away from the border facility.

This is according to Spanish media reports.

One police officer had to be treated in the intensive care unit of a hospital.

Morocco became independent from France and Spain in 1956.

Both were claimed by Rabat.

Near the two cities, tens of thousands of people, mainly from sub-Saharan Africa, often waited for a chance to enter the EU.

Usually, several hundred people at a time try to surprise the border officials and get across the border.