Despite evidence of massive looting under Buhari, Garba Shehu claims president not corrupt

The Nigerian leader celebrates his 78 birthday on Thursday. 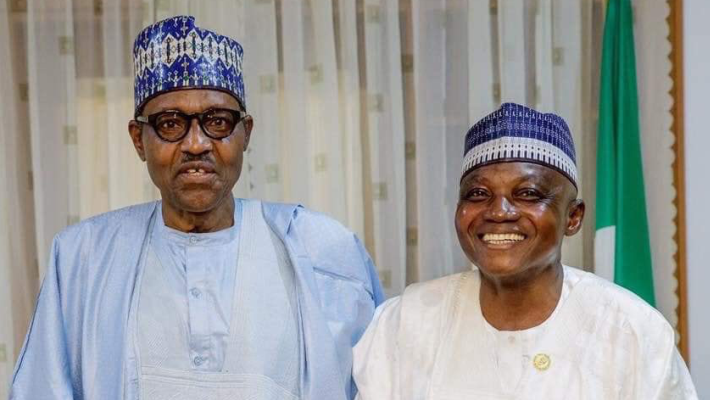 As he marks today, December 17 as his birthday, Muhammadu Buhari, driver of change and mobiliser of voters continues in his role as President and Commander-in-Chief of the Armed Forces of Nigeria, leading by setting examples as the country wades through the thick waves of corruption, insecurity and a Covid economy.

David Aaker, the American marketing guru says every person has a brand that affects how the person is perceived and whether he or she is liked and respected. The qualities of uprightness and incorruptibility have given the biggest push to Muhammadu Buhari both as a military Head of State and a two-term democratically elected civilian President of Nigeria.

As an assistant in his office, I attest to the fact that the Buhari phenomenon is not a product of marketing.  In any case, experts in the field teach that marketing cannot sell a bad product.  No matter how much money, so long as what you are selling does not measure up to expectations or is fake, all efforts in that marketing will fail.

With discipline and consistency, President Buhari has convinced a majority of Nigerians and his peers who have retained him as the continent’s anti-corruption champion that he is sincere, credible, incorruptible and that he stands for good governance.

Upon his assumption of office in May, 2015, President Muhammadu Buhari sat at long meetings with teams led by Permanent Secretaries and heads of the various government agencies and departments.  Those meetings took a few months to go round and were in effect, responsible for the delay in the appointment of ministers into his first cabinet.

Before his inauguration, President elect Muhammadu Buhari wasn’t allowed to meet government officials, just as we witnessed in America recently, until the incumbent President agreed that the incoming President Joe Biden be met and briefed.

President-elect Buhari therefore didn’t have the benefit of an official view of things because the administration he succeeded had decided that “there will not be two governments in place in the country; wait for your time”.

So the President-elect bided his time until he took the office before getting a real glimpse of what was the nature of the treasury to inherit; the state of security; projects going on and the disposition of the public service to implement his ambitious plans.

One of the earliest rules set by the leader at the inception of the administration was that “I will not be corrupt and I will not let anyone of you to be corrupt.”

The chance to spell out this message clearly to the senior government officials and the business community was when he met with the big companies handling government contracts: roads, railways, bridges, buildings and others.

On this particular issue, the President had this important message:”We have been informed that percentage cuts- 10 percent or more are built into contracts, to be shared among government leaders and civil servants. This must stop. We will not accept kickbacks.

“We have equally been informed that handlers of major contracts build homes for government leaders. You buy expensive cars and maintain them for the beneficiaries. When they or close relations fall ill, you take them to hospitals abroad, including the use of air ambulances when that is warranted at no cost to them.

“Our finding is that nothing you give is free. All such costs are built into government contacts. We don’t want that to continue.

“Most of you have built the reputation over the years for doing good jobs, delivering them on time. So we will continue to patronise your services. But the high costs will be checked. “From now going forward, the added costs and all this padding must end.  If we ask for quotations from you, tell us the actual cost that the project entails.  No ten percent, no added costs.” An eerie silence greeted the riot act as read by the President. No one in the room complained against the assessment of the President nor was there a dissent.

A young Nigerian designer, very successful abroad produced a gold wristwatch of the famous Rolex brand and embossed the picture of the President on its face.  The President Commanded the success of the young man’s brand overseas, asked him to keep the name of Nigeria flying but directed that the gift be politely returned. The young entrepreneur picked up his precious wristwatch and left.

Among the key arguments for the Petroleum Industry Bill now being debated in the two chambers of the National Assembly is that it seeks to curb what critics say is the “absolute power of a president to award, revoke and renew licenses.” At the pleasure of past leaders, influential individuals had oil wells gifted to them.

In an interview he once gave, the immediate past Minister of State, Petroleum Resources and Chairman of the Board, Nigerian National Petroleum Corporation (NNPC) Dr. Ibe Kachikwu said President Buhari as Minister and head of government never, not even once did he direct him to issue the gift of oil well, this or that license, contract or any sort of authorization but allowed all to come through due process.

President Buhari equally abhors ostentatious living style.  When a Permanent Secretary, at those early briefings announced to him that he was in receipt of N400 million from the treasury for the purchase of new cars for his office, the President’s question was, “what is wrong with the cars left behind by the former President? They are alright for my use.”  He continued to use those Jonathan cars until just a year ago when one of the two Mercedes Benz cars broke down on the way to the Nnamdi Azikiwe International Airport.

That his austere and disciplined lifestyle was not a make-believe was on public display when the enterprising photographer, Bayo Omoboriowo captured the President in a picture he was watching a football match at home in Daura. Without meaning to do that, that iconic picture was put out for the public to see the austere furnishings including a TV set not bigger than 36 inches wide. A picture tells more than a thousand words.

Nigerians in thousands were caught saying, “wow, is this all that the President could have at home?”

In seeking a holistic approach against corruption, the President has spoken all the time for the place of effective audits and other systemic checks. He has promoted the adoption of e-government initiatives and innovative technology.  He found very progressive policies on the drawing boards, the Bank verification Number, BVN; the Treasury single Account and the IPPIS Payroll service which the previous government failed to implement and promptly put the mechanism in place for their implementation.

Arising from this, gains from savings are today being counted in trillions of naira.

In dealing with contractors and contacts, that is where you find oil in the hands of many leaders.

Everyone knows by now that President Buhari does not use power, discretionary or otherwise, to issue contracts. Open bidding is the way to go and when approvals are needed, the President-in-Council insists that the path to due process must be followed. The bidding process must be disclosed, company directors must be listed and a due process certificate must accompany the request for each approval.

Because cash or cheque payments are no longer in fashion, contractors get paid without person to person interaction to reduce corruption. Using information technology, the arrival of the “alert” tells the contractors that their payment is on account. Each government payment of five million Naira and above must be on public display in the GIFMIS (Government Integrated Financial Management Information System) that seeks to stem the tide of corruption.

President Buhari believes that the road to reduced corruption in Nigeria and elsewhere is not an easy one.  One experience he never forgets to speak about is that in which the counterrevolutionary elements who threw him out of office as Military Head of State in the 80s locked him up in detention, set free all those he detained and returned to them in full the proceeds of their corruption.  Now he says, I follow the due process of the law.  Beyond that, we will auction whatever we have taken from the corrupt, use the money to serve the people so that there will be nothing to be returned when others succeed us after the completion of our term.

As I write, committees under the Ministry of Justice have been set up to sell off all seized assets – aircraft, boats, cars, buildings, factories and so forth.

Beyond the unyielding determination to lead by setting examples, President Buhari strongly believes that there must be consequences for corruption. When government leaders or officials commit acts of corruption and there are no consequences, the ones that come after them will engage in corruption with even greater vigar.

Our President is determined to keep this lesson in place, and the best way to show the seriousness of commitment is to lead by example.