Ondo workers have donated 30 motorcycles to Amotekun despite being owed salaries by Governor Rotimi Akeredolu. 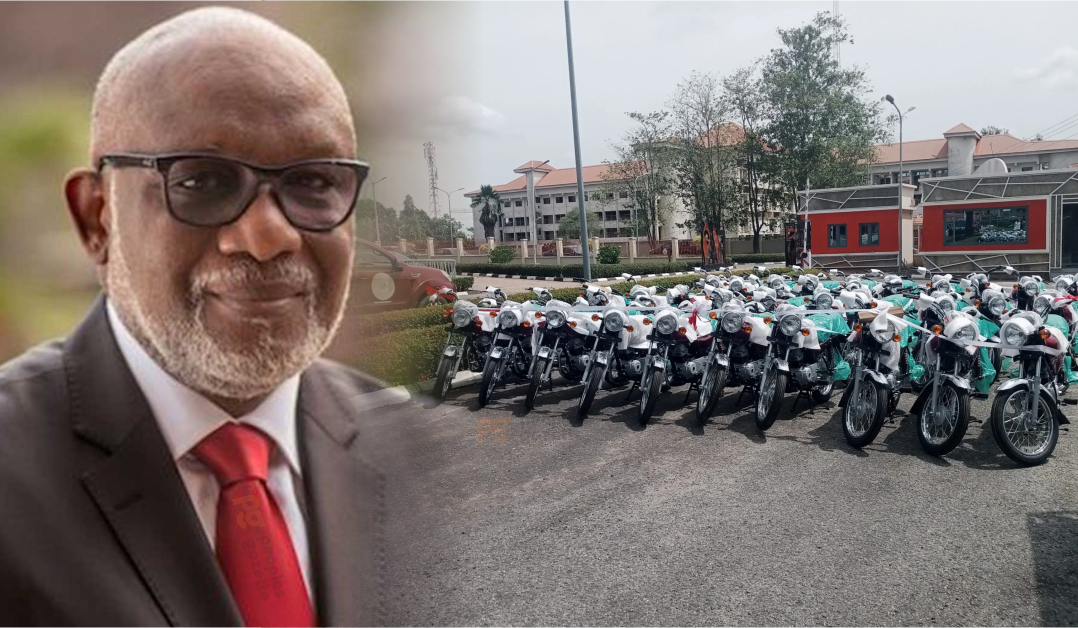 Ondo workers under the Joint Negotiating Council (JNC) have donated 30 motorcycles to Amotekun despite being owed salaries by Governor Rotimi Akeredolu.

Oluwaniyi Fabunmi, JNC chairman, while presenting the motorcycles in Akure, said it would enhance the corps’ performance.

Mr Fabunmi noted that the gesture was part of the workers’ support for the state government in its efforts at fighting crime in the state.

He commended Governor Rotimi Akeredolu for not using the corps for political purposes since it was created two years ago.

Also speaking, the state chairman of the Nigeria Labour Congress, Sunday Adeleye, said the donation was because the corps had helped reduce crimes across the state.

“It is a known fact that the security network was mainly created to secure lives and property in the state, and certainly not to witch-hunt anyone,” he explained. “We felt as a union to do the little we can to assist Amotekun by way of tasking ourselves to purchase motorcycles, as this would go a long way for the officers to reach the far rural areas in the forests where vehicles cannot reach.”

He pointed out that it was no longer news that the government was still owing us salaries and allowances but what was important was the security of lives and property in the state.

The special adviser to the governor on union and labour matters, Dare Aragbaiye, who received the motorcycles on behalf of Mr Akeredolu, commended the workers for the donation.

He explained that the motorcycles would be useful to track criminals, especially in forests across the state where vehicles could not reach.

The commander of Amotekun, Adetunji Adeleye, stated that the donation would assist the corps to do more in protecting people.

Mr Adeleye asked for more support for Amotekun, saying the motorcycles would be distributed to all the eighteen local government areas.

He, therefore, said Amotekun would be on 24 hours patrol during the Easter celebration across the state.