The Hong Kong journalist was arrested and detained for obstruction of police and disorderly conduct. 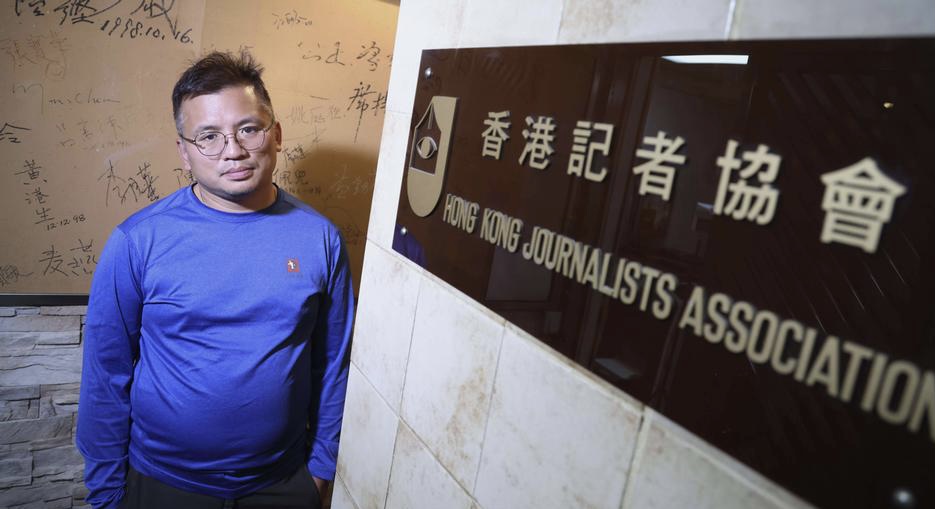 The chairman of the Hong Kong Journalists Association (HKJA) has been released on bail following his arrest on Wednesday.

Upon his release, Ronson Chan is to present himself to a police station on September 21 over obstruction of police and disorderly conduct charges.

Mr Chan, a journalist at independent media Channel C, was on assignment covering a public estate meeting of tenants in the Mongkok district when officers stopped them for “suspicious” behaviour.

“I was caught by two uniformed police and asked to show my ID card for my behaviour, and I (said they) must clarify who they are,” Mr Chan told VOA.

He added, “But another elderly police station sergeant came and joined the discussion and wanted me to follow the instruction or they would arrest me. And he only gave me [a] warning twice before he arrested me.”

Mr Chan is to leave Hong Kong at the end of September for the six-month Reuters Institute fellowship programme at Oxford University.

China introduced the national security law in Hong Kong last year in response to massive pro-democracy protests, stripping Hong Kong of its judicial autonomy and making it easier for demonstrators and activists to be prosecuted.

The law criminalises secession, subversion and collusion with foreign forces, with the maximum sentence being life in prison. The law was enacted in June and has enabled the arrest of more than 100 people.

The new law has seen the closure of multiple newspapers, such as Apple Daily, and the arrests and intimidation of media people in the country.

Democracy media tycoon Jimmy Lai had his two smartphones seized in late August after hundreds of police officers raided the newsroom of Apple Daily, which eventually collapsed after its assets were frozen under the security law.

Police jailed the chief editor and five other executives, and company-linked assets were frozen. Two editors were then charged with conspiracy to commit collusion with a foreign country, and their bails were denied.