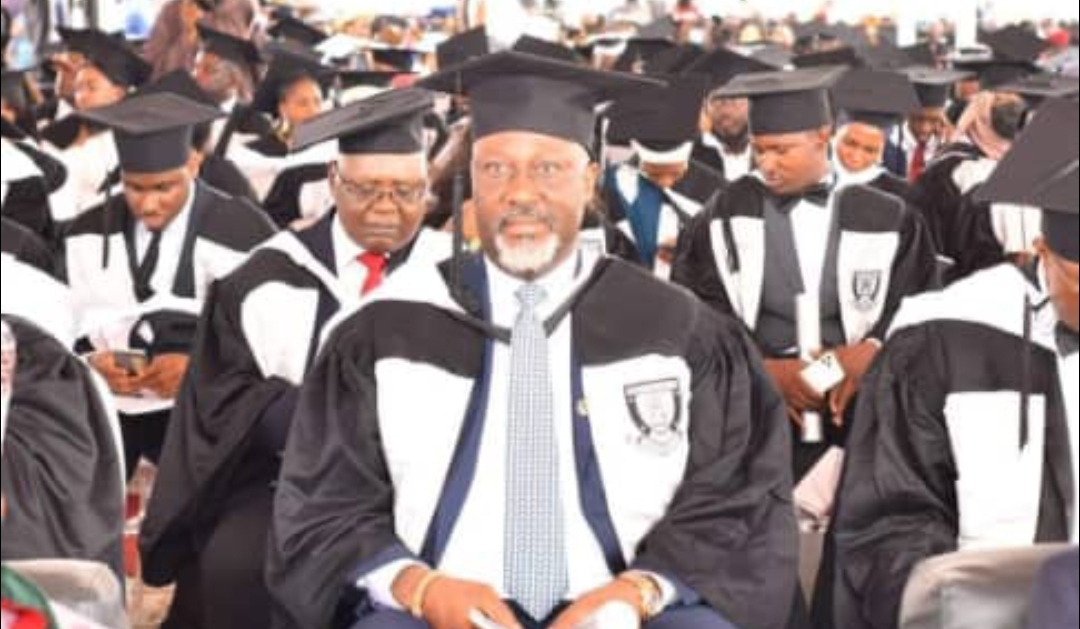 The former senator who graduated with a second class lower had earlier claimed he was the “best graduating law student”, a lie peddled by one of his aide and corroborated by the politician on social media.

However, the Baze University convocation list seen by The Gazette shows that Mr Melaye finished with a “weak second-class lower”. The ex-senator’s claim misled The Gazette and other outlets into publishing false report.

When The Gazette reached him on Sunday morning to ask him about his lie, he abruptly hung up the phone. Mr Melaye himself also didn’t return requests seeking comments about why he had to deceive Nigerians about his grades.

Mr Melaye’s dubious claim is despite residing abroad and rarely attending classes since losing his re-election into the national assembly in 2019. He was widely deemed as highly controversial for his combative conduct at the parliament, including numerous physical attacks on his colleagues.