The school described the 12-year-old, who died after he was reportedly tortured to death by fellow students, as “a beacon of light for the school.” 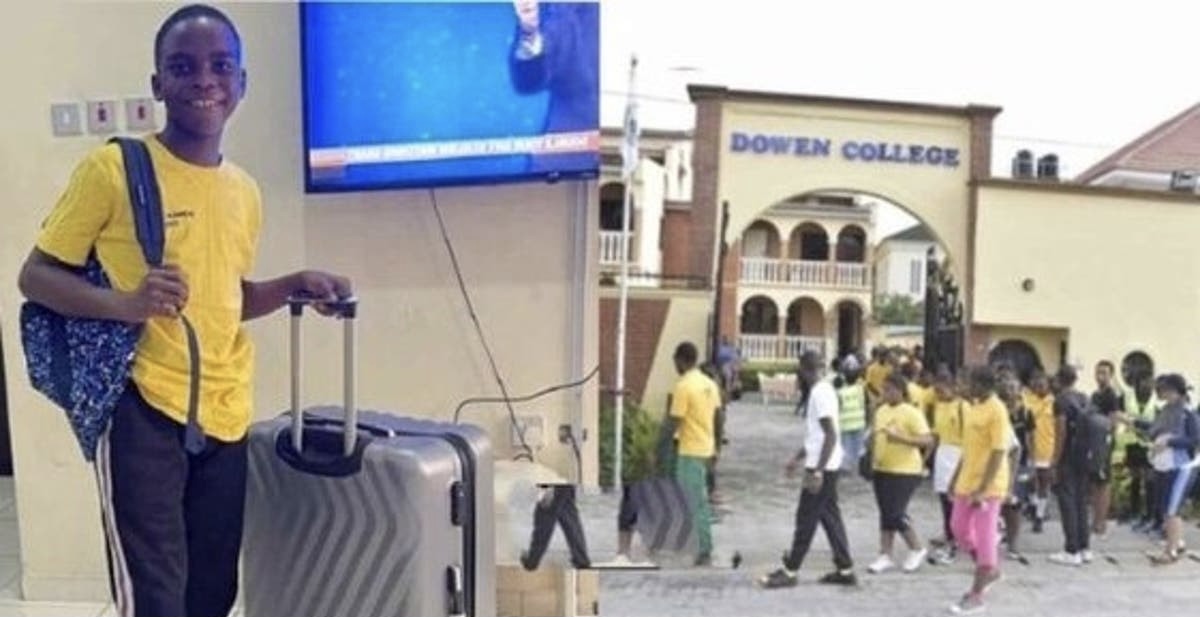 The management of Dowen College has finally sent a hearty condolence to the family of Sylvester Oromoni Junior after initially trying to downplay the circumstances of the death.

The school described the 12-year-old, who died after he was reportedly tortured to death by fellow students, as “a beacon of light for the school.”

“He was dearly loved by his teachers, his fellow students and he was a beacon of light for the school,” the school said in a statement commiserating with the Oromoni’s family.

The school management had initially denied that the JSS2 student died from brutality meted on him by bullies who pressured him to join their cult. They instead insisted that he sustained injuries cupped while he played football.

However, videos of young Oromoni’s last moments indicated that his injuries were graver than those that could be sustained during a high school playtime.

After several calls for justice and a total shutdown of the school, the management said it was committed to carrying out thorough investigations into the incident.

“We are assisting the authorities to get to the bottom of this heartbreaking incident,” it said.

“The first steps taken by the school, in conjunction with the Ministry of Education, has been the immediate closure of the school to aid in the investigation.

“Understandably, at this time of intense grief and suffering, emotions are raw and tensions are high,” it added.

Meanwhile, Sylvester Oromoni, the father of the late student had alleged that parents of students responsible for torturing his son were on the move to fly them out of the country.

“The parents of the boys are wealthy. They withdrew them. The school called the parents to pick their wards; interviewed them. Some of the parents are planning to fly the children out of the country,” Mr Oromoni alleged while disclosing that Oromoni Junior was also given a chemical substance.