He said the five accused Dowen College students were exonerated and released by Lagos state 14 days into the 21-day remand order given by the court. 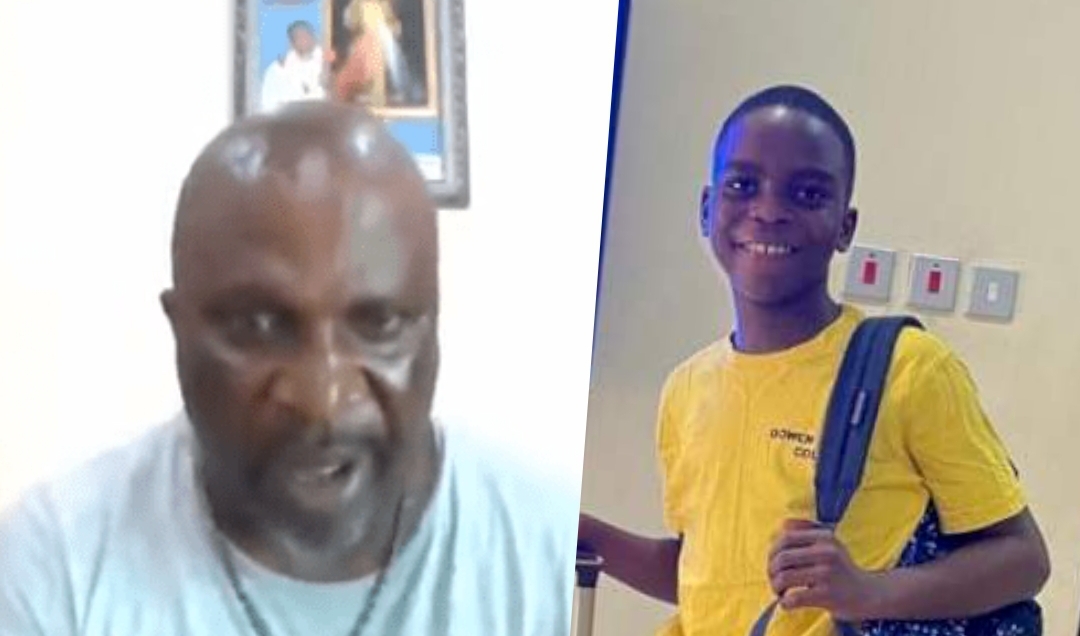 Sylvester Oromoni and his late son

Sylvester Oromoni Snr, the father of the late Dowen College student, has made allegations of a cover-up between the Nigeria Police Force and Lagos State Directorate of Public Prosecutions (DPP) over the circumstances surrounding his son’s death.

“There is a massive cover-up and it is clearly here (in the police report),” Mr Oromoni said on Tuesday at an Ikeja Coroner’s Court, while being cross-examined by Akin George, Counsel to Lagos State Government.

Mr Oromomi raised questions about why the five senior students of Dowen College, who allegedly bullied his son, were exonerated and released by the DPP’s advice 14 days into the 21-day remand order given by a Yaba Magistrates’ Court.

He noted that the Magistrate Court had given the 21-day remand order to give the police time to carry out investigations into the matter.

He said the police had promised to write a protest letter after he informed the then Commissioner of Police in Lagos, Hakeem Odumosu, about the students’ release.

“They (police) said they were going to write a protest letter. They were already interrogating two of the students and revelations were coming out so they were taken by surprise.

“The same Commissioner of Police, after some days now publicly declared that at the instance of Mr Governor, the Attorney-General and the DPP, said there was nothing wrong with the boys therefore they’ve released them.

“At what point did they complete their investigation, give all the case files to the DPP to go through and the DPP to come up with their report?” he queried.

Earlier, during proceedings, Mr George said that, according to the police reports, the eyewitnesses at the school denied that Oromoni Jnr was beaten in his room.

Reading an excerpt of the report, he said, “Furthermore, the allegation of putting off the light, bullying and beating him could not be proven as eyewitnesses denied that such incident ever happened.”

The five students of Dowen College were remanded in a juvenile home after they were charged with conspiracy and homicide over the death of their 12-year-old schoolmate by Chief Magistrate Olatunbosun Adeola, on December 9, 2021.

On December 21, 2021, Mr Adeola granted the Dowen College students bail in the sum of N1 million with two sureties in like sum.