Their action came barely 24 hours after the All Progressive Congress (APC) presidential flagged off its presidential campaign in the Plateau capital. 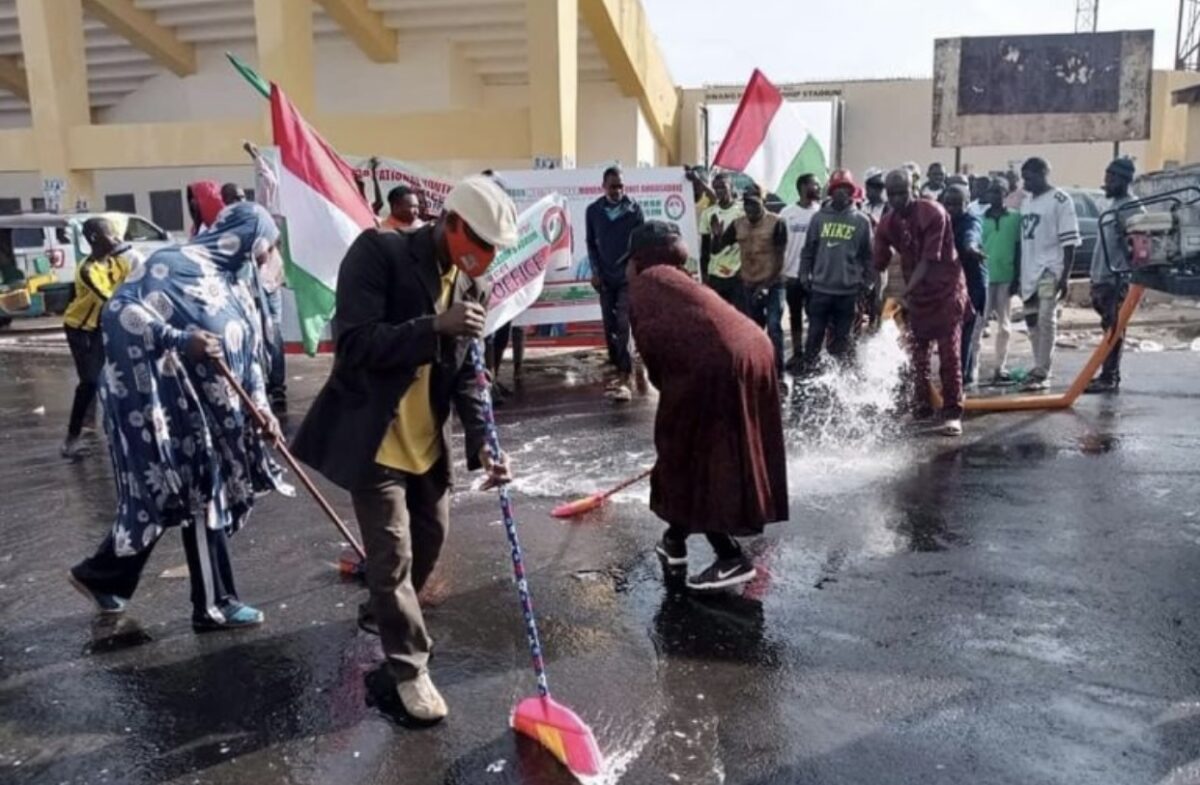 Many Jos residents, majorly youths, who are supporters of the opposition PDP in their numbers, on Wednesday, trooped to the Rwang Pam stadium, venue of the APC campaign flag-off to engage in cleansing exercise.

Their action came barely 24 hours after the All Progressive Congress (APC) presidential flagged off its presidential campaign in the Plateau capital.

Several of the support groups of the PDP who were among the youths, said their action was to show their commitment to voting out the APC in Plateau, in the next political dispensation.

Kamru Sani, the Director General, Atiku Motivational Movement, who made this known, said the action was meant to sweep out what the APC brought to the state.

Mr Sani stated that Plateau is a stronghold of the PDP, and is set to return to its winning ways.

“We are here to sweep out all they brought here, as PDP is for Plateau and Nigeria.”

“The party is set to be on winning ways again, as it has shown that it is the true party for the state.

“The party will bring relief to the sufferings that citizens of the state and Nigeria have had to endure in the last seven years,” he said.

Mr Hassan said Nigerians are witnesses to the type of leadership experienced in the last seven years, and called on Nigerians to vote PDP in 2023.