100 temporary shops were also consumed by the inferno in Badume market in Bichi LGA. 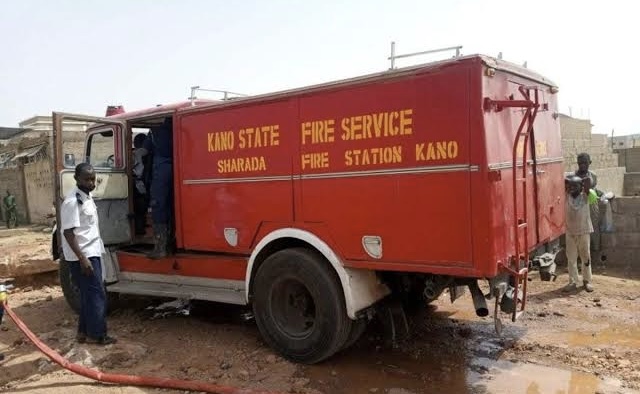 The fire service in Kano has confirmed the death of three persons in an early morning inferno in Badume Market in Bichi LGA of the state on Friday.

In a statement in Kano, the Public Relations Officer of the service, Saminu Abdullahi, stated that 100 temporary shops were also consumed by the inferno.

“We received an emergency call from Bichi fire station at about 03:30 a.m. from one Ibrahim Tsalha that there was a fire outbreak at the market and immediately sent our rescue team to the scene at about 03:35a.m. to stop the fire from spreading to other shops.

“Our men evacuated three unconscious bodies which were later confirmed dead and the corpses handed over to Inspector Mukaila Inusa of Bichi police division.

Mr Abdullahi added that the service has already initiated an investigation into the causes of the inferno.

He advised the general public to switch off all electrical appliances, disconnect from source when not in use and handle fire with care.