The vice president said that ECOWAS had been stepping up to the challenges of upholding democracy, ensuring peace, security and maintaining stability in the region. 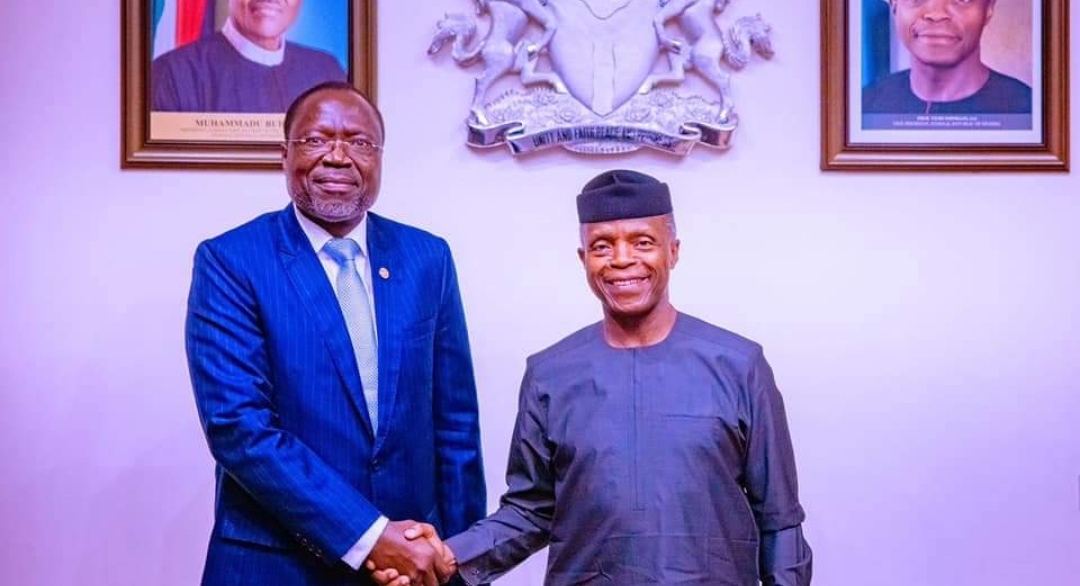 Vice President Yemi Osinbajo says the Economic Community of West African States(ECOWAS) has done well in rising to the challenges of the region.

Mr Osinbajo’s spokesman, Laolu Akande, in a statement on Thursday in Abuja, said the vice president received a delegation of the ECOWAS Commission led by its new President, Dr Omar Touray, at the Presidential Villa.

The vice president said that ECOWAS had been stepping up to the challenges of upholding democracy, ensuring peace, security and maintaining stability in the region.

“I am proud of the way that ECOWAS has risen to its responsibilities. ECOWAS has always stepped up to the plate in every single situation where there are coups; our voices (member countries) have been united and strong.

“The hard work of ECOWAS is seen in the transitions going on (in different countries that experienced coups) and the seriousness with which the rest of the world takes what ECOWAS says today.

“These objectives are very important and peace and security are obviously crucial to us; it is a challenge we face today all over the sub-region and especially in the Sahel.”

Mr Osinbajo said that, as a nation, a people and as a sub-region, member countries of ECOWAS shared so much in common and had the tools required in resolving its problems.

On ECOWAS’s engagement on a global stage, Osinbajo said that it was imperative to reiterate that opinions from the African Continent, especially the regional bloc of West Africa must be heard at all times and considered when decisions were being made.

“It is very important for us to emphasise to our partners at all times, our points of view must not only be heard but must be taken into account in decision-making.

“Whether it is trade or even the ongoing discussions around climate change and what we should do about adaptation and mitigation, our points of view must be taken into account because they are crucial in decision making.”

The vice president said that member countries of ECOWAS needed to speak as a regional bloc and there should be readiness to take joint action to achieve their common objectives.

According to him, the successes ECOWAS has seen so far are the successes that have come out of the collaboration from all its member states.

“What we are concerned with today are problems that are not only local but also global.

“There is so much we have to do in common and work together to achieve.

“We need for our institutions to be strong to represent us, our points of view and also to be trusted by the people so that they are more efficient and effective,” he said.

In his remarks, Mr Touray thanked the vice president and the government for the support given to ECOWAS.

He recognised the leadership role Nigeria plays in the region, pledging to work very closely with the government for the benefit of the community.

“We are committed to serving the community and we are confident that with the type of support Nigeria gives to ECOWAS institutions, we will excel in delivering our mandate,” he said.

Other members of the delegation include Professor Nazifi Darma, Commissioner of Internal Services and Abdou Kolley, Chief of Staff to the President of ECOWAS.