ECOWAS and the United Nations Institute for Disarmament Research promised to fight against the illicit proliferation of weapons in the region. 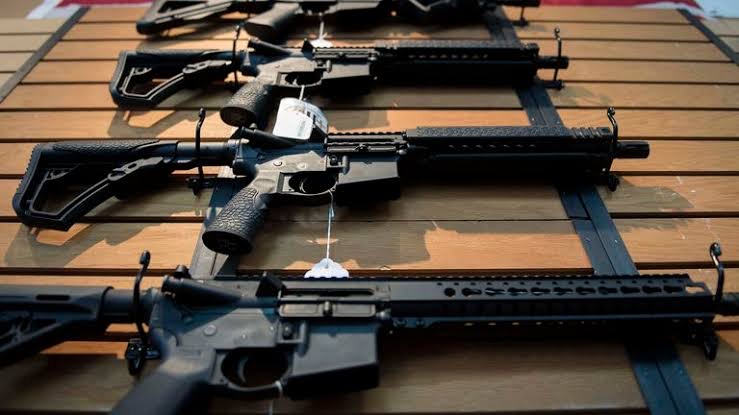 The Economic Community of West African States (ECOWAS) and the United Nations Institute for Disarmament Research (UNIDIR) on Tuesday promised to fight against the illicit proliferation of weapons in the region.

UNIDIR director Robin Geiss represented by deputy director Cecile Aptel, spoke in Abuja at the opening of a regional conference to facilitate disarmament in West Africa.

The ECOWAS Regional Conference on Disarmament holds on November 8 and 9. The conference is expected to bring together global experts to discuss past and current developments in disarmament.

“Through its own actions, ECOWAS seeks to strengthen its regional arms control agreements. Also, to pursue relentless deployment of technical and financial resources in support of the arms control policy arrangements in the region,” stated Mr Geiss. “As Regional Economic Community (REC), on the African Continent, ECOWAS has undertaken multiple independent but complimentary arms control initiatives over the years.”

The UNIDIR director said these would add to member states’ understanding of the obligations and would provide them opportunities for further collaborations on the right stead to deliver on their commitments.

“More specifically, these annual seminar series will also generate wide spectrum of discussions. Discussions that will dwell on diverse thematic issues, with experts’ analysis in panel sessions, drawn globally to address the key issues,” he added.

Mr Geiss explained that despite significant efforts in disarmament, it remained important to increase actions across the region for arms control.

He commended ECOWAS for this important regional initiative.

Representing the President of ECOWAS, Omar Touray, commissioner for political affairs, peace and security (PAPS), Abdel Fatau, thanked UNIDIR for the research actions in the field of disarmament.

Mr Touray recalled the importance of the meeting and indicated that it constituted a remarkable step forward in disarmament cooperation actions at the regional level.

“The expected outcomes envisaged to form the focus of the annual seminar series will include deepening assessments of these regional, continental, and global arms control, disarmament, and non-proliferation regimes,” the ECOWAS president stressed. “As such, based on annual priorities (to be defined jointly by ECOWAS and UNIDIR), issues of obligations and commitments will be on the discussion table.”