Abdulrasheed Bawa is seeking to curb money laundering and other illicit financial flows by deploying unconstitutional tactics of his own. 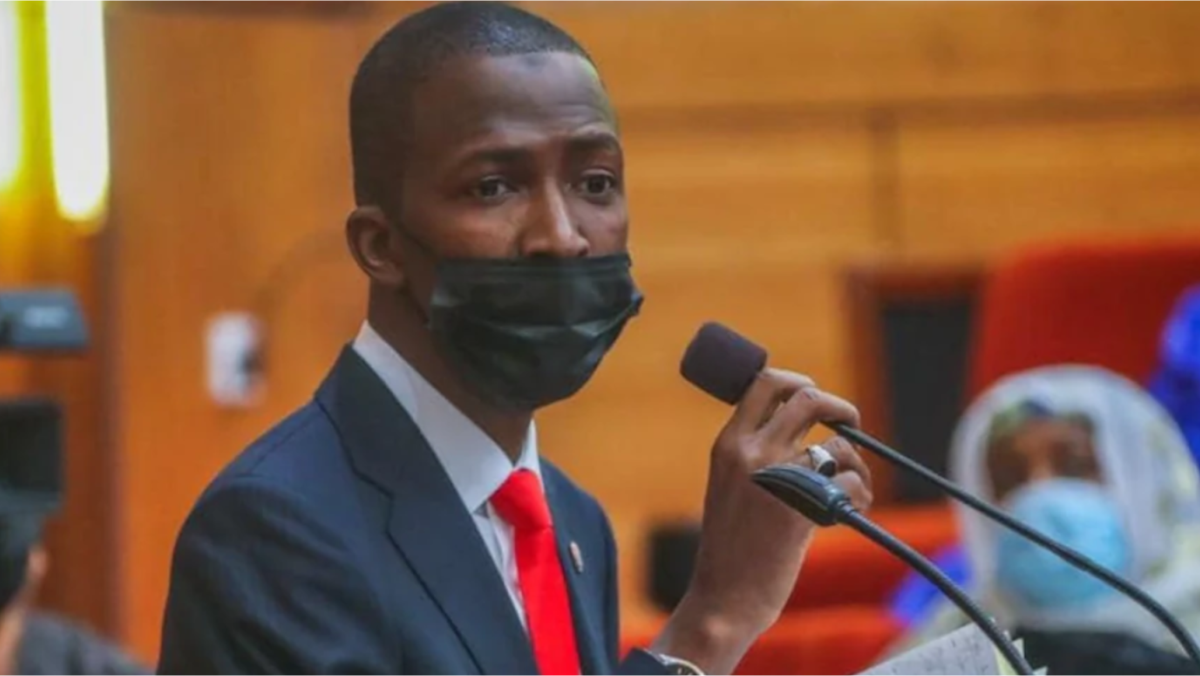 Three weeks after assuming office, EFCC chairman Abdulrasheed Bawa has yet to complete his asset declaration process at the Code of Conduct Bureau, workers at the bureau told Peoples Gazette.

Conclusion of Mr. Bawa’s own asset filings was still pending as of yesterday when he controversially and unconstitutionally asked Nigerian bank workers to declare their assets by June 1, according to officials familiar with the matter.

“We heard that he wanted to declare his asset but he has not completed the process of asset declaration for someone in his position,” an official said under anonymity to comment without official permission.

Another official who confirmed to the Gazette said it was not uncommon for officials to quickly file their assets and backdate the declaration date.

“They do it all the time,” the official said also under anonymity to avoid retribution. “You just suddenly see a file that was not there before and they will tell you a powerful politician just brought it in but they had to backdate it for the person.”

A senior EFCC official told the Gazette that asset declaration was amongst the requirements for Mr. Bawa to become the agency’s chairman, saying it was possible that he declared secretly.

“Many of us declare our assets secretly and I think the chairman may have done his own in secret as well,” the EFCC official said. “But some officials, especially those at the management level, are in the habit of not declaring their assets.”

A spokesman for the EFCC did not return a request seeking comments.
Mr. Bawa’s directive, which he hinged on an obscure decree adopted by Ibrahim Babangida’s junta in 1986, said bankers may face sanctions if they failed to file their assets with the Nigerian government.

The EFCC chairman, who has an unresolved corruption case of his own, said the move was aimed towards sanitising the nation’s financial system and block loopholes exploited by unscrupulous bankers who seek to undermine the Nigerian economy through money laundering and other illicit financial flows.

But Mr. Bawa has no constitutional mandate to demand asset bankers who run private businesses. The 1986 law he cited said all those who work in the banking sector are bankers and their assets must be declared annually to the chief executive of their respective financial institutions.

But the law had since been abandoned following the introduction of The Code of Conduct Bureau and Tribunal Act, which mandated only scheduled public office holders to declare asset upon assumption of office. The bureau does not demand asset filings from workers in the private sector.

There’s also nothing in the EFCC Act that authorises Mr. Bawa to demand asset forms of bankers. But the 1986 law said the president can determine enforcement of the asset declaration by bankers. But President Muhammadu Buhari has yet to issue an executive order or similar proclamations for the bankers to declare their asset through the EFCC.

Neither the CBN nor the association of bankers has issued a statement on Mr. Bawa’s directive, but lawyers have already dismissed it as reckless and arbitrary.

“This arbitrariness is what we have been preaching against,” said Abuja-based lawyer Ken Eluma Asogwa. “We have to stamp out corruption but you don’t do so by corrupting the entire system.”

Mr. Eluma Asogwa said Mr. Bawa should be the one who should publicly declare his asset as a way of encouraging transparency and accountability in public service, warning that forcing bankers to live up to higher standards could invite public disorder.

“He should publicly declare his own asset so that we can all see that he will not leave office in disgrace like Ibrahim Magu,” the lawyer said. “Otherwise, his public attempt to smear people in the private sector and hold them to higher standards could give room to anarchy.”