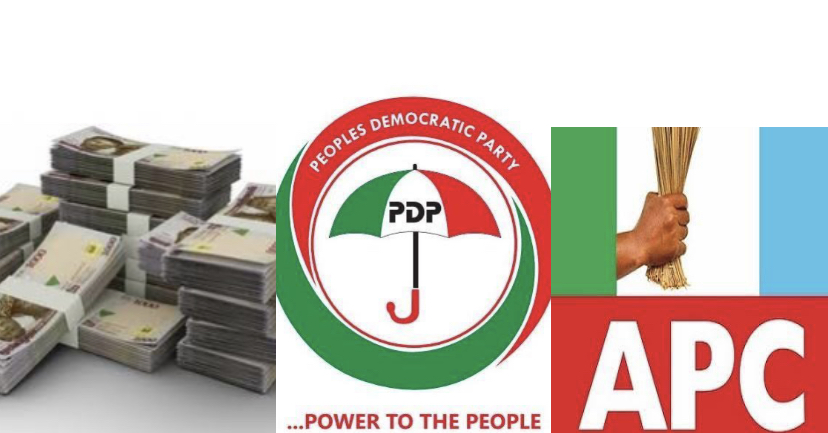 A composite of stash of cash, PDP and APC used to illustrate the story

The Peoples Democratic Party (PDP) has called on anti-graft agencies to monitor the funds of ministries, departments and agencies (MDAs) to prevent President Muhammadu Buhari’s APC regime from using the money to prepare for the 2023 general elections.

The party made the call in a statement by its spokesman Debo Ologunagba on Tuesday.

Mr Ologunagba noted that the call was important to protect the country’s treasury from being used for political expenses.

“The PDP calls on the Economic and Financial Crimes Commission (EFCC), the accountant general of the federation (AGF) as well as the auditor general of the federation to immediately commence investigation and monitor the movement of funds in MDA so as to protect our national treasury as we approach the 2023 general elections,” said the country’s major opposition party.

It added, “The National Assembly, pursuant to its constitutional duty to expose and prevent corruption should in the interest of Nigerians commence a public investigation into these happenings.”