The cause of the collapse was not initially clear and was being investigated. 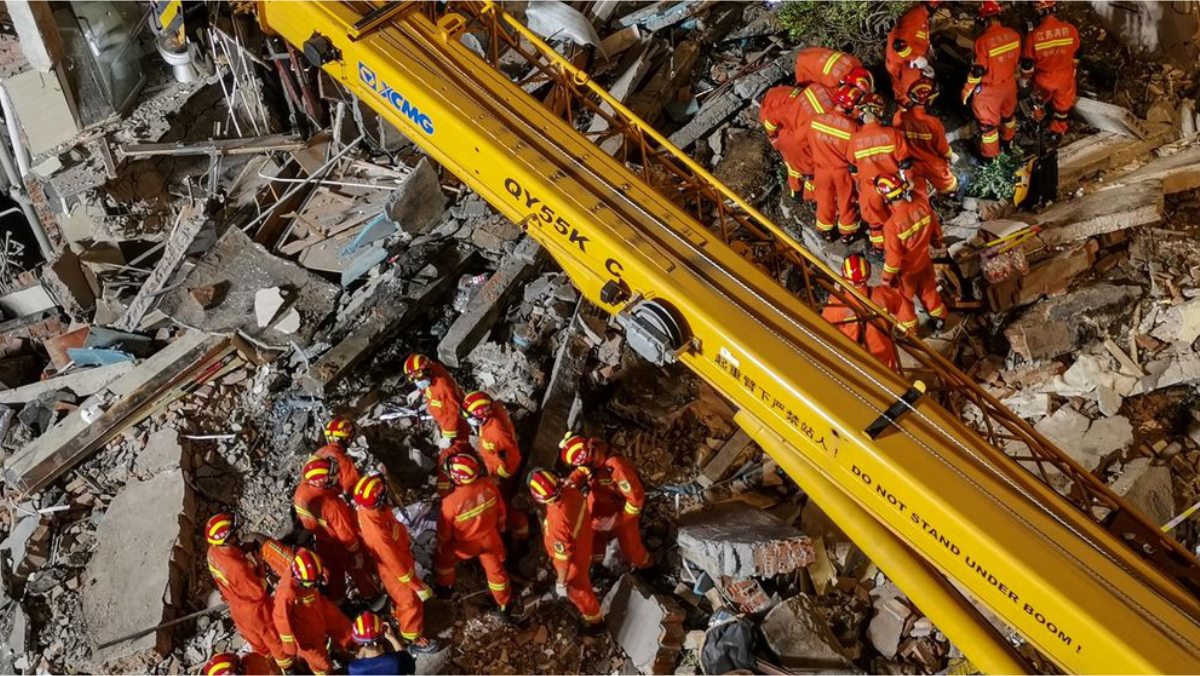 The bodies of eight people were recovered while a further nine people were missing in the rubble, the city government of Suzhou in Jiangsu province said.

So far, 14 people have been rescued, with 13 of them injured, the city government said.

A large-scale rescue and recovery operation was underway, with search dogs and teams including earthquake specialists deployed, the city said.

The cause of the collapse was not initially clear and was being investigated.

Suzhou is around 100 kilometres east of Shanghai.