The government said the suit threatens the right of not just the Mr Atiku, but that of other citizens of Nigeria in 12 local government areas of Adamawa State. 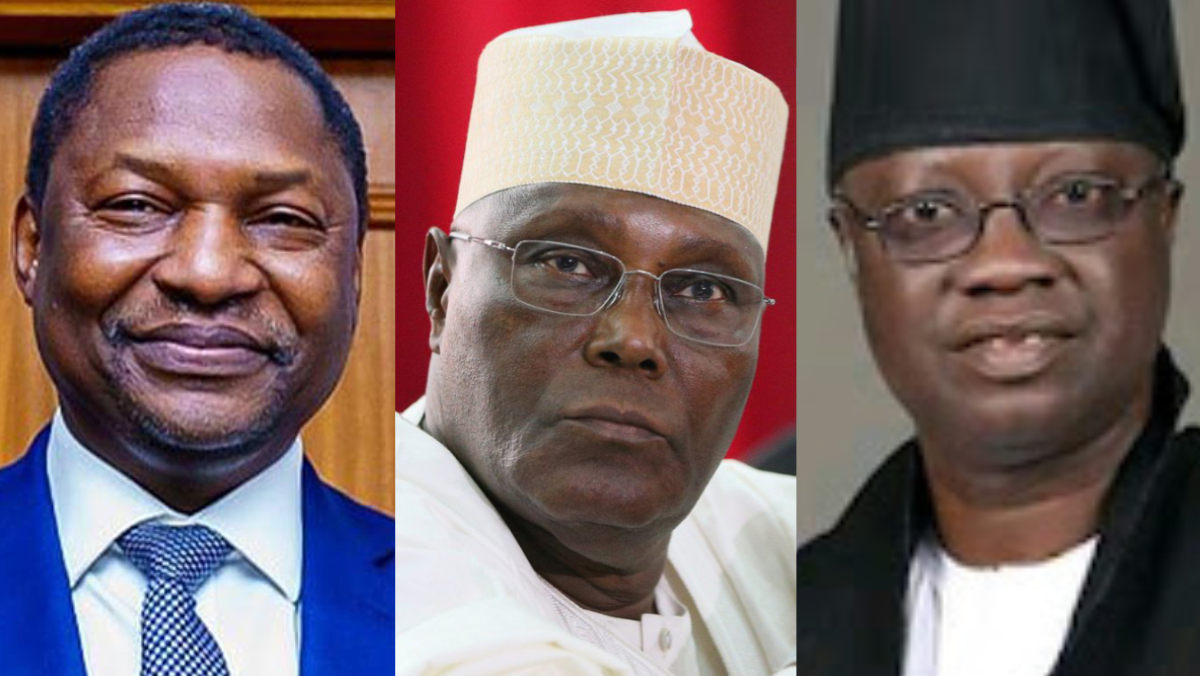 The Adamawa State Government, on Tuesday told the Abuja Division of the Federal High Court, that former Vice President Atiku Abubakar was a Nigerian and eligible to vie for the office of the president.

The Attorney-General (AG) of Adamawa, Afraimu Jingi, told Justice Inyang Ekwo while moving a motion on notice, seeking to be joined in the suit filed by a group against Mr Atiku and three others.

EMA is challenging Mr Atiku’s eligibility to contest for presidency on the grounds that he was not a Nigerian citizen by birth.

The group asked the court to hold, among others, that considering the provisions of Sections 25(1) &(2) and 131(a) of the constitution and the circumstances surrounding the former vice president’s birth, he cannot contest for the top office.

But Mr Jingi, through his lawyer, L.D. Nzadon, in the motion dated April 26 and filed June 24, sought an order of the court to be joined in the matter.

Moving the motion, Mr Nzadon based his argument on 21 grounds.

The lawyer described the matter as “a public interest suit to ensure that the Constitution of the Federal Republic of Nigeria 1999 (as amended) is complied with in the election of the President of Nigeria.”

He said the Adamawa AG is a chief law officer of the state who must be brought in as a party.

According to him, this matter can not be effectively and conclusively determined unless the Attorney General of Adamawa is joined as a party.

Mr Nzadon said Mr Atiku, against whom the suit was primarily directed, is a citizen of Nigeria from Adamawa who had been elected as a governor of the state in 1999 and served as the vice president of the country between 1999 to 2007.

He said the suit threatens the right of not just the ex-vice president to contest the office of president “but that of the citizens of Nigeria of Adamawa State origin covering 12 out of the 21 Local Government Areas in the state.”

He said the total population of the citizens of Nigeria from Adamawa who would be affected by the outcome of the suit was about two million people going by the 2006 National Population Census.

“Every citizen of Nigeria whatever his ethnic, religious or cultural background or persuasion should have the same right to vie for any political position under the Constitution of the Federal Republic of Nigeria as any other citizen.

According to him, Adamawa has the highest number of Nigerian citizens from the former Trust Territories of Northern Cameroon of the three states that have such citizens, to wit: Adamawa, Taraba and Borno States.

The lawyer said it would be extremely difficult to get each one of these Nigerian citizens to defend this action in court.

“This is a public interest Suit and can best be defended by the Adamawa State Government through its Chief Law Officer, the Attorney General of Adamawa State.

“This cause will be defeated by the non-joinder of the citizens whose civil rights and obligations will be affected in violation of Section 36(1) of the 1999 Constitution (as amended),” he said.

“The citizens of Adamawa in the 12 local government areas ought to have been joined as necessary parties to this suit but were not.

“The presence of the said citizens is necessary to enable the court to effectually and conclusively adjudicate upon and settle the questions involved in the action.

“The government and people of Adamawa State have a greater interest in this suit than the 4th respondent (AGF).

“It is the constitutional responsibility of the Adamawa Government to advance and protect the political, social and economic interests of the citizens of Nigeria from Adamawa State.

“The applicant is a necessary party to this suit without whose joinder the citizenship issues affecting the indigenes of Adamawa State from the 12 of the 21 local government areas in the state can not be determined with finality,” the lawyer said.

Since counsel to other parties in the suit did not oppose the motion, Justice Ekwo granted the prayer.

The judge, who gave the applicant seven days to file and serve all their processes, adjourned the matter until September 27 for hearing of the substantive suit.

Both Mr Atiku and the PDP had since asked the court to dismiss the suit which they said was grossly lacking in merit.

In a preliminary objection jointly filed with the PDP, Mr Atiku maintained that he is “a bonafide citizen of the Federal Republic of Nigeria”.

He told the court that aside from serving as Vice President from 1999 to 2007, he held many public/private offices in Nigeria, including serving as governor of Adamawa State and as a Commissioned Officer of the Nigeria Customs Service.

Mr Atiku told the court that he is qualified and eligible to be elected into the office of the President of Nigeria, adding that the Plaintiff filed the suit malafide.

“I know as a fact that this suit as filed by the Trustees of the Plaintiff is aimed at maligning the person and integrity of the 1st Defendant”.

He further queried the locus standi of the group to challenge his nationality, saying it failed to show before the court, the interest it has above other citizens of Nigeria to be entitled to the requisite jurisdiction to institute the action.

He therefore urged the court to dismiss the suit in its entirety.